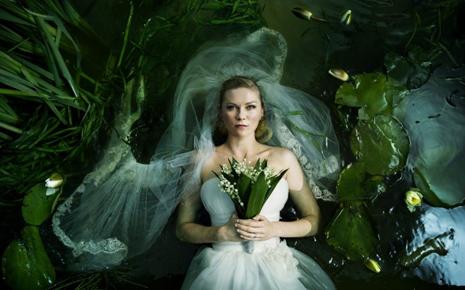 Since its start in 1963, the New York Film Festival has stood among the most significant annual events in the filmmaking world. Every year it brings new and important cinematic works from around the world. The Festival includes official film selections along with special events, panel discussions and an experimental film showcase.

The 49th edition of the New York Film festival began on Sept. 30 and will run until Oct. 16. The New York Film Festival is produced by the Film Society of Lincoln Center to celebrate the development of international film art and contemporary trends in content, form and style. The festival is extremely competitive, with an average of 28 feature films and 12 short films each year.

The New York Film Festival takes place at Lincoln Center in Alice Tully Hall, the Walter Reade Theater and the Elinor Bunin Munroe Film Center. While the New York Film Festival is a battlefield of cinema, there are no prizes or awards given. The festival kicked off with an extravagant gala screening of Carnage, directed by Roman Polanski. With a celebrated cast, including Academy Award winners and nominees Kate Winslet, Jodie Foster, Christoph Waltz and John C. Reilly. Carnage is based on the play “God of Carnage” by Yasmina Reza, a Tony Award winner.
George Clooney is starring in the festival’s closing night presentation The Descendants, from producer Alexander Payne. Clooney plays a middle-aged husband and father who is struggling to reconnect with his children while his wife is hospitalized. The film has
received positive feedback, especially for Clooney’s performance which has already received rave reviews from critics.

My Week with Marilyn is a representation of a week in the life of the legendary Marilyn Monroe, starring Michelle Williams and Kenneth Branagh. Though both actors have been previously nominated for Academy Awards with no success, portraying a famous dead celebrity is a sure-fire way to win over voters. Similar to the cases of Jamie Foxx with Ray and Marion Cotillard with La Vie en Rose, Williams is receiving great media buzz for her role as the late Marilyn.

Paradise Lost 3: Purgatory is Joe Berlinger and Bruce Sinofsky’s newest documentary about The West Memphis Three after their release from prison. These three men spent 18 years behind bars for a brutal crime they say they did not commit.The film has a dramatic ending that touches on the circumstances surrounding their release. This film has several editions, making it hard to ask for a better finale to a decades-long case and film series.

The NYFF programming team strives to bring the best of international cinema and filmmakers to New York audiences. This year includes the latest from Spanish director Pedro Almodovar in The Skin I Live In, as well as the newest dramas, The Belgian Room, The Dardenne brothers in The Kid With a Bike and the French flashback to the era of silent Hollywood classics, in The Artist.