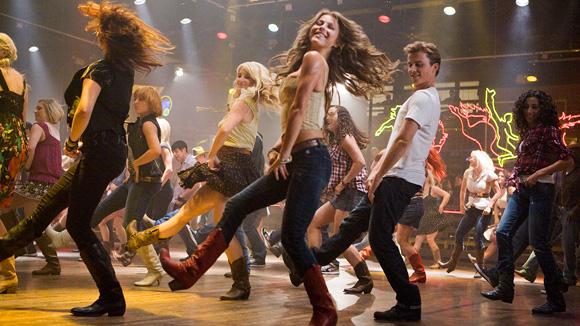 There is truly something captivating about  youth fighting for the right to express their beliefs. One of the most impressive aspects of the remake of the 1984 classic Footloose is the passion and conviction captured by  the characters. While it bears similarities to the original,  director Craig Brewer creates an atmosphere of high  energy and manages to keep the story fresh for  a new generation.

After a wild night of drinking, dancing and loud  music, a group of local teenagers were killed in a car accident. Because of the accident, the town of Beaumont banned those activities.  Among those killed was the only son of  Reverend Shaw Moore, the leader of the town and  father to Ariel (Julianne Hough,) who is the film’s  leading lady. The cause of the dancing ban in the original film are that “music and dancing lead to flaming sin,”  yet this time around, the ban is put into place more so to  protect the children.

Three years later, Ren (Kenny Wormald,) an  outsider from Boston, begins a new life in the small town and shakes things up. When Ren gets arrested for  blasting music from his car’s radio, he begins  a movement to petition the council to allow dancing  in public again. The core idea of the movie is not different from its  predecessor, but some changes have been made to  update the feature. Most notable are the levels of drama and the appearance of how deeply the community is  hurt by the tragic car accident, adding a more serious element to the movie.

In comparison to the original Footloose , it is  striking just how dismissive the plot is toward religion.  The 2011 version is more understanding of the town’s  religious views and works more to clear the lines  between church and state. For example, Rev. Moore  is more of a concerned parent and less of a strict  religious figure in this film.

One of the most enjoyable aspects of Footloose is that it shows an unusual kind of American. Ren,  an atheist from the city who questions the blurring  line between church and state, stands up to the adults  and inspires his peers to make their voices heard through the political process.
The film relates to the present well; the ban is on the loud sounds we hear from passing cars and  the highly suggestive dance moves seen at parties  today that are highly frowned upon by baby  boomers. The dancing in the new film is more suggestive, graphic and sensual. It has even received critiques  for its PG-13 rating yet, it is also unexpectedly  innocent.

Footloose is a retelling of the forefront of social  issues of today, with an even balance of the views  of both parents and teens. Footloose delivers a  fun, endearing, and surprisingly genuine film. The  energy, music, and choreography of today with an  everlasting message from the past come together to  create a must see film for both the young and old.