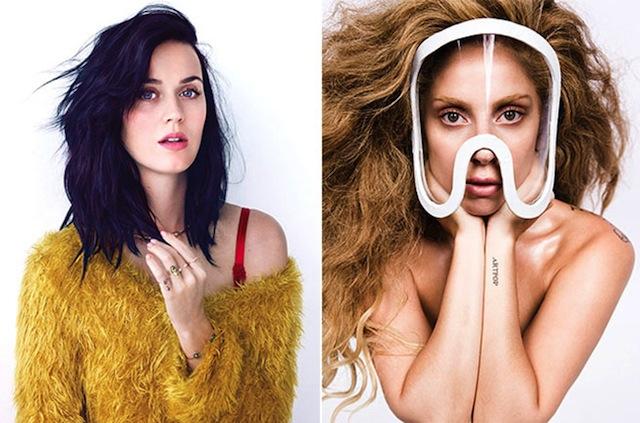 At any point in the day if you tune into the top radio stations in the New York City area like Z100 or Power 105.1 you’re bound to hear “Same Love” by Macklemore or “Blurred Lines” by Robin Thicke, or any of the other hot singles released this summer.

This August, due to both of their song’s leaking Katy Perry and Lady Gaga had to rush release their singles. “Roar” by Katy Perry and “Applause” by Lady Gaga have been duking it out on the charts ever since. Perry’s “Roar” is the lead single to her album titled “Prism” due out Oct. 22. Gaga’s “Applause” is a single from her album “ArtPop” due out Nov. 11.

Gaga’s lead single “Applause” off of her album “ARTPOP” due out in November, has jumped fifteen spots to number one on the Dance/Electronic charts on Aug 23, while Perry’s single “Roar” obliterated “Applause” in digital downloads.

20-year old Miley Cyrus marked her sixth single in Billboard’s top 10 this summer with “We Can’t Stop,” her lead single off her album “BANGERZ.” By Aug 12, she had grabbed the No. 1 spot in the U.K.

The pop star’s new short blond quaff and rebellious streak in the media has redefined her imagine far from the original Disney actress she started as on the television series Hannah Montana. Most recently her performance at the VMAs created headlines that remained even days after the event.

The video for “We Can’t Stop” features shots of Cyrus rolling provocatively on a bed and evoked criticism from reviewers. Her director Diane Martel spoke positively to MTV news in defense of their production.

“To me, she is showing us, the audience, her playful, beautiful self, very freely. It’s a music video version of what it must be like to bug out and act crazy with her in real life,” Martel said.

Robin Thicke landed his first No. 1 album in August, selling 177,000 copies in the first week. The single, “Blurred Lines” featuring T.I. and Pharrell Williams was on the Billboard Hot 100 singles chart for seven weeks.

Thicke is the son of the infamous Alan Thicke who played the dad on the “Growing Pains” series. The single is riddled with raunchy lyrics and a simple R&B beat that falls flat in comparison to some of the other chart toppers like Daft Punk’s “Get Lucky”, or Jay-Z’s “Magna Carta Holy Grail.”

The video paired with the single is overzealously sex-driven, featuring topless women prancing doe-eyed around the lead-singers. Thicke’s track met harsh reviews from Billboard, but was mostly surrounded with warm welcome for his growing success, apart from the family name.

With the fourth quarter album releases approaching, it was nice to see some of the summer hits get their last “hurrah” by being performed at the 2013 VMAs on Aug 25. With almost every major pop star releasing albums in the upcoming months, stay tuned for an eventful, musical autumn.