The Netflix hits keep on coming 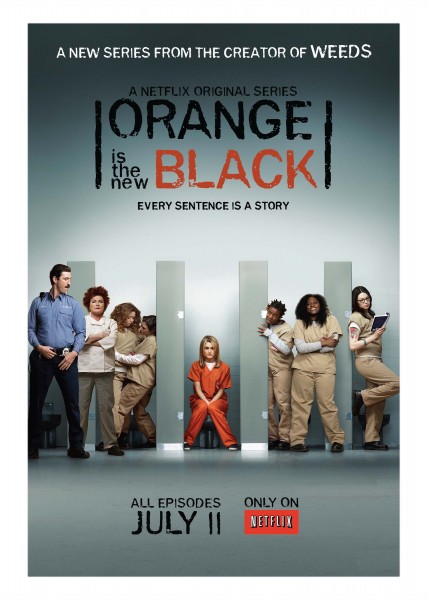 Netflix cranks out another hit show that has one of the most diverse casts television has ever seen. Orange is the New Black follows blonde-haired, doe-eyed Piper Chapman, played by Taylor Schilling, into a federal prison for international drug trafficking for a drug cartel ten years earlier. Outside of Litchfield Correctional Facility, Piper’ is a fiancé to Larry Bloom, played by Jason Biggs, who is a struggling writer and a novelty inventor

Inside however, she’s Chapman, the naïve newcomer who has run-ins with just about every other female inmate, including her ex-girlfriend Alex Vause, played by Laura Prepon, who  introduced her into the drug world. Pop culture needed a cast like OITNB and we got it just in time.  Representation for other races, sexualities and classifications are  constantly being left out of mainstream media and this show fixes that issue. The inmates each have their own individual story. Inmate Sophia Burset, played by Laverne Cox, is a transgendered woman who committed credit-card fraud to pay for her surgeries. Yoga Jones, played by Constance Shulman, the resident yoga instructor was a marijuana farmer on the outs. And Janae Watson, played by Vicky Jeudy,  is a hot-headed high school track star that was caught robbing a  liquor store. OITNB puts real stories into a view that people can understand and still relate to.

Many feel this is just a show about a poor white girl surrounded by non-white people, but I highly disagree. Chapman’s character and storyline is not the center of the show, as many other shows tend to make the scared white girl in the  urban ghetto. Chapman’s character serves as a narrator that pulls everyone else together. Without Chapman stumbling through the inmates, finding her place within the prison system, we wouldn’t have been introduced to these colorful characters.

“It helps more to think of Piper less as a named character and more as a narrative device,” says Joan Morgan, an award-winning journalist and culture critic. “We get to see this intimate slice of prison life, because of Piper.”
The show also takes new strides in representing religion from opposite sides of the spectrum. On one end there’s Sister Ingalls, played by Beth Fowler, who was incarcerated for nonviolent anti-nuclear activism and on the other is Tiffany “Pennsatucky” Doggett, played by Taryn Manning, a drug addict prisoner who preaches to other inmates about God. While Sister Ingalls is kind-hearted and treats every prisoner equally, especially transgender inmate Sophia, Pennsatucky chooses to preach to others, telling the lesbian inmates they’re going to hell, refusing to acknowledge Sophia as a human, and “heals” other prisoners by laying her hands on them.

Both of these extremes show not all religions, especially Catholicism, can be judged by one case of beliefs over the other. The first season of the original series Orange is the New Black is available on Netflix now.

Season two is currently being filmed here in New York and is expected to air in 2014. Stay tuned!