Lorde debuts with the ‘Love Club’ 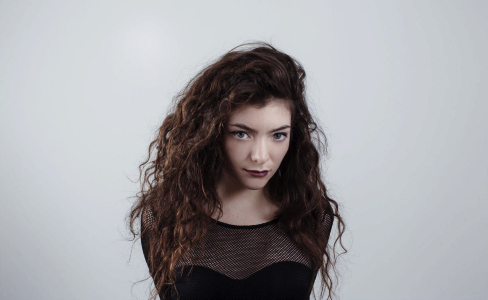 Still image from the music video for "Royals," the first single off "The Love Club".

There are few places where a music fan can find music that is sweet and soulful while at the same time, upbeat and simple. These different elements have blended together in a unique way and are topped off with her versatile voice on New Zealand-based artist Lorde’s new EP, “The Love Club.”

Even though her music presents itself in this work as uplifting, it isn’t necessarily the case. The first track on the album “Bravado,” talks about how she is fighting a “war” within herself and how she’s “faking” glory. It seems as if these feelings are only being exacerbated by a significant other.

The second track on the album, titled “Royals,” has a different view. It has a more urban beat to it that is balanced out by Lorde’s feminine voice and harmonized background vocals. The lyrics refer to the fancy, expensive lifestyles others around her are living, or at least what they are talking about. She can only dream of that kind of life even though she may not be cut out for it.

The song could also be a statement of how different she is compared to other artists in the music industry. Many others talk about how much money they have and how they use that money to live exuberant lifestyles. She seems to be signaling that she enjoys the wealth that results from a recording career, but that’s not why she makes music.

“And we’ll never be royals / It don’t run in our blood / That kind of lux just ain’t for us, we crave a different kind of buzz.” The music video for “Royals” fits the same theme, as it features Lorde sitting on a bed singing with only an awkwardly colored tan wall to accompany her, almost matching her pale complexion.

Even though there are only five tracks on the EP, they all do a good job of not sounding alike, but also as if they all belong together. While some have a
different feel than others, they all have a role in making the album diverse.

However, it is safe to say that Lorde has found a comfort zone and she plans on staying there. Other music she has released has a similar sound. It also seems that Lorde may get a lot of comparisons to Lana Del Rey, who is very popular at the moment and has the soft, simplicity that is found in Lorde’s music.

“The Love Club” is an EP that was released earlier this year, but has a timeless simplicity that will have people listening to it for years to come. It’ll also hold fans over until the release of Lorde’s first studio album, “Pure Heroine” due out on Sept. 30.