Prepare for a thrill during fall’s chills 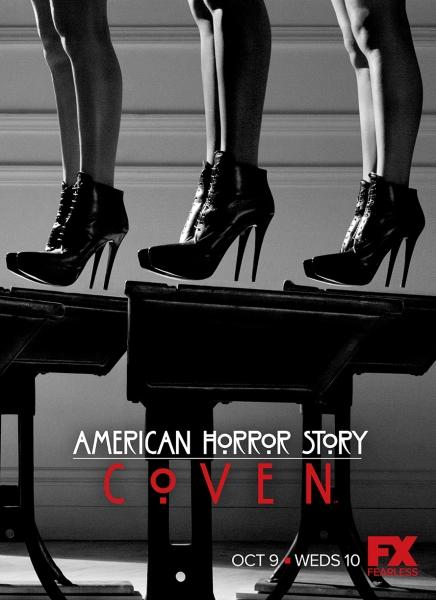 Horror has always been popular amongst film genres, but in recent years, it  has made its way to the small screen. In particular, large amounts of supernatural-based series have left a huge mark on television screens everywhere.

When you hear Lifetime, one would certainly not think of horror TV shows or movies, but more the iconic Original Lifetime movies. Lifetime has recently undergone a major makeover in an effort to expand past its iconic movies. Right off the heels of the successful “Devious Maids” comes “Witches of East End.”

The Lifetime drama is based off of the book by the same title by Melissa de la Cruz. The series stars Julia Ormond who plays a free-spirited mom named Joanna Beauchamp, Jenna Dewan-Tatum, who plays a wild child named Freya Beauchamp and Rachel Boston, who plays a shy Ingrid Beauchamp. Freya and Ingrid are Joanna’s daughters who are unaware of their powers and witch heritage. “Witches of East End,” premieres on Sunday, Oct. 6, at 10 p.m. on Lifetime.

Bates plays Madame LaLaurie, a Louisiana native, socialite and serial killer who keeps slaves bound within her home. Bassett plays Marie Laveau, a voodoo expert who was well respected and had a multiracial following in the 1800s. “American Horror Story: Coven” premiere on Oct. 9, at 10 p.m. on FX.

Veering away from the witch-centric themes this season comes returning favorite “The Walking Dead,” which steers into its fourth season after an extremely eventful third season. In season three, we saw the deaths of Lori, Andrea, T-Dog and Merle. We also saw the introduction of The Governor and the destruction he caused to the prison in the season finale.

Season four fast-forwards a few months into the future where the prison has been accident free and reinforced and turned into something like a home. Season four brings in comic favorites Bob Stookey and Tyreese as well as the addition of a few new characters. “The Walking Dead” premieres on Oct. 13 at 9 p.m. on AMC.

Another returning favorite is “The Vampire Diaries.” Last season we saw little Elena Gilbert go from “damsel in distress” to “new and improved” vampire that proclaims her love for Damon. In the season four finale titled “Graduation,” viewers saw a true graduation for each character going into season five.

In season five, viewers are taken a few months into the future. Elena and Caroline are starting college, Rebekah and Matt are on their European vacation, Stefan is at the bottom of a quarry, Bonnie is still MIA., Damon is back in Mystic Falls trying to keep busy, and Katherine is struggling in her transition back to humanity. “The Vampire Diaries” premieres on Oct. 3, at 8 p.m. on The CW.