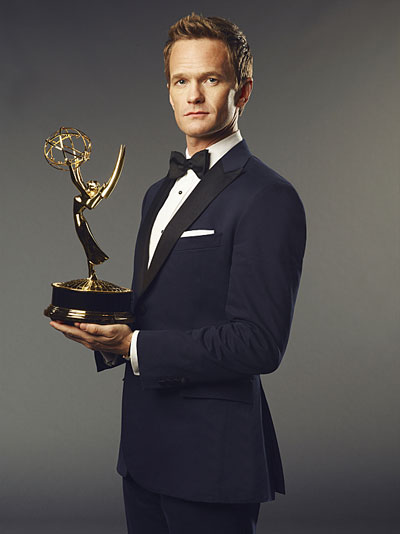 The 65th Annual Primetime Emmy’s aired on CBS on Sept. 22. It was a night full of shocks, honoree tributes and interesting speeches. For the second time, Neil Patrick Harris hosted the award show.

The show started with a hilarious opening monologue where Neil Patrick Harris gets interrupted by past guests, Jimmy Kimmel, Jane Lynch, Jimmy Fallon and Conan O’Brien. They all attempted to give Harris advice on how to host a superb show. As they began to argue, Kevin Spacey appeared in the audience as he portrayed his Frank Underwood character from “House of Cards.” He started off by saying, “It’s all going according to my plan.” He said he was promised to be host, but they wanted someone likeable. He proceeds by calling them all “bafoons.”

After the past hosts departed from stage, the humorous Amy Poehler and Tina Fey yelled out from the audience that they have advice for Harris. They tell Harris to “twerk” and “take his pants off,” but he refuses. The duo crawls up the steps, somewhat imitating the fall of Jennifer Lawerence at the Oscars. They presented the first award for Outstanding Supporting Actress in a Comedy Series.

The night had some interesting speeches. One of my favorite speeches was from “Nurse Jackie’s” Merrit Weaver. She looked extremely shocked as she said, “Thank you so much. I got to go, bye.” Not only was this her first Emmy, but also she broke the record for the shortest speech. People were astounded that she beat Julie Bowen, Jane Lynch and Sofia Vergara. Another highly amusing speech of the night was Jeff Daniels for “Newsroom.”  As he was chewing gum, he said, “Well crap.” Obviously, he wasn’t much prepared to beat out “Breaking Bad’s” Bryan Cranston and “Mad Men’s” Jon Hamm.

Jane Lynch’s emotional tribute was to her young “Glee” co-star Cory Monteith, who passed away in July. Lynch added, “He was not perfect, which many of us in this room can relate to.” James Gandolfini’s TV wife on “The Sopranos” said some tear-jerking statements about “The Sopranos” star. Lastly, Michael J. Fox honored Family Ties director Gary David Goldberg. A lot of critics thought they shouldn’t have honored that many stars.

Will Ferrell presented the last two awards along with his three sons. He was dressed in shorts and an old t-shirt. His older sons were dressed in soccer uniforms and the youngest one in shorts and rain boots. He looked all disheveled and said, “They literally called me 45 minutes ago.”

This was very entertaining to watch because how often do you see a presenter on stage with their kids dressed in regular clothes? He presented the award to “Modern Family” for Outstanding Comedy Series. This was their fourth year in a row to win this award. “Breaking Bad” won Outstanding Drama Series, this was their first Emmy. This wrapped up the Emmy’s. Overall it was a good show. Although, I thought it was too long and some of the acts they put in could have been omitted.