Haaave you met the mother? 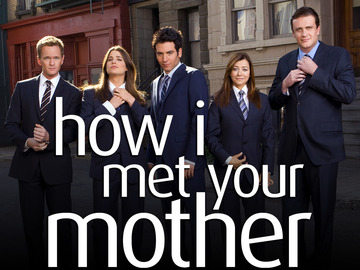 The journey began when Ted Mosby’s children sat across from him asking one simple question: “Are we being punished or something?” After the series came to an end on Monday, How I Met Your Mother fans were left asking the same question.

The CBS sitcom’s surprise ending caused many mixed emotions; “or something” definitely sums up how its audience felt. Within an hour admirers watched their best friend Ted meet and lose the mother, Tracy McConnell. Killing the woman, who fans waited nine years to meet was not enough for HIMYM’s writers, Carter Bays and Craig Thomas. Apparently, the two took the saying “you always want what you can’t have until you have it” literally.

The entirety of the ninth season took place during the weekend of Barney and Robin’s wedding, until its final episode. Completing the “slap bet”, revealing “Blah Blah’s” name and bringing back old friends and jokes helped longtime fans find closure. The only question left unanswered was “The Pineapple Incident.” Being that Bays and Thomas had not led audiences on so wrongly since the pilot episode, no one expected these nine years to have been a scheme all along. And that’s precisely why HIMYM transpired to be a major hit, *salute* Major Hit.

Commencing with Ted’s first account of love led viewers to believe they already were told the story. After narrating a heartwarming tale, Ted concludes the first episode with a shocking statement: “It turns out that I was just too close to the puzzle to see the picture that was forming, because that kids, is the true story, of how I met your Aunt Robin.” There it was, Robin was “Aunt Robin” and not the mother. Nonetheless, even with a title that guaranteed a different ending, millions held onto the relationship that could not be.

The nine years that followed developed not only relationships with each character through hundreds of laughs and cries, but also the longing for the surefire power couple, “Tobin.” Naturally, Bays and Thomas decided to surprise their audience with a gift in the finale. After 22 episodes of Barney and Robin’s wedding, the two divorced within three years (a.k.a the marriage that took 11 hours ended in five minutes). Free from the show’s title, widow Ted and divorcée Robin are able to be together, finally. The audience was too close to the puzzle to see the picture that was forming.

Even with Tobin together, audiences were angered by the bigger picture. HIMYM prospered not because of the mystery behind who the mother was, but because of the relationships between Lily, Marshall, Barney, Ted and Robin.

“Because sometimes, even if you know how something’s gonna end, that doesn’t mean you can’t enjoy the ride,” Ted previously professed. Despite the title ensuring an ending, viewers dreamt for other possibilities; they enjoyed the ride. The anthem for dreaming gave its audience what they hoped for, proving that for something to be legendary, sometimes you have to wait for it.