Grande Gives Her ‘Everything’ 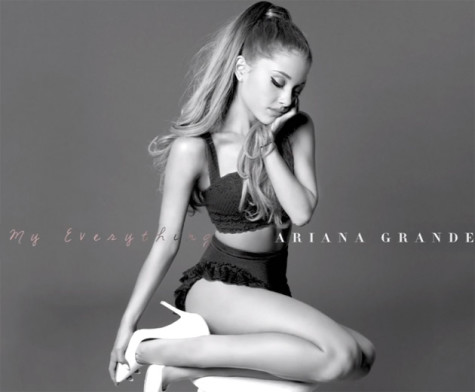 Straying far away from her doo-wop roots on her first album “Yours Truly,” Ariana

Nickelodeon actress. She delivered so much, shown just in the fact that “Yours Truly”

a week after it was released on U.S. Billboard 200. Ariana performed at MTV’s Video

Music Awards preshow in 2013, but she later exceeded expectations with a blowout

Minaj. In efforts to outdo herself, Grande made the conscious decision to release her

victim to the sophomore slump.

“Yours Truly” had a ‘50s, ‘60s feel, and Ariana stayed true to her audience and made

pop music for all ages. But with “My Everything” she shows her growth as a woman

and showcases her newfound swagger in her grown up lyrics. Unlike Miley Cyrus, who

that everyone has grown to admire. Then, the album immediately drops into her lead

400,000 singles. Ariana shocked the world when she dropped “Problem”, but it was just a

tease of the diversity her album was going to bring.

On her second album she chose to explore different music genres. Ariana dipped

her hand in the popular, growing genre of EDM (electric dance music) with the help of

who produced Ariana’s second single “Break Free,” which debuted #15 on the Billboard

Hot 100 and peaked at #4. It’s no surprise that Ariana has an interest in hip-hop, and she

allows it to be known even more on her second album. She brought back her rumored

boyfriend Big Sean to do another song with her, “Best Mistake.” She also teamed up with

Ariana told Rolling Stone, “It’s an album that I want to do a little bit different.

evolution. I want to explore more sounds and experiment a little bit. I have a bunch of

ideas I’m very excited about and a lot of stuff cooking.” An evolution is indeed what she

accomplished. Ariana definitely gave her everything—letting fans in on her journey from

red-headed “Cat” to a sexy sultry songstress with a Chanel bag full of chart topping hits.