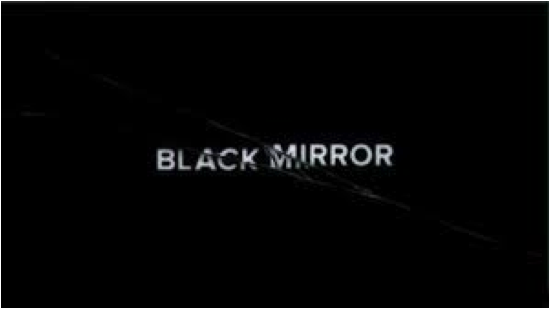 The much anticipated third season of Charlie Brooker’s acclaimed anthology series “Black Mirror” is finally available on Netflix. The English television series examines modern society and features dark and often satirical themes surrounding the unanticipated consequences of new technologies. The latest season, which contains six episodes, feels especially pertinent to our current society. It touches upon themes many viewers will be familiar with, such as LGBT issues, the rapid disappearance of honeybees,the dehumanization of entire groups of people, online harassment and our obsession with social media.

The first episode stars Bryce Dallas Howard and was co-written by Rashida Jones. It is a comedic dystopian tale of a society where social media rules. People have become obsessed with their social media rankings in this pastel-colored nightmare world. It is stylish and tongue and cheek, featuring a strong cast and sharp social satire.

Most of us have probably at sometime felt the same agony over likes, shares and retweets that the main character, Lacie, feels. The ending likely won’t satisfy most viewers, but Nosedive is a charming episode and strong series opener nonetheless.

Low on cash, American backpacker Cooper agrees to test a virtual reality headset for an innovative video game developer. However, he’s not prepared for the nightmarish events that follow. The headset manifests the subjects’ worst fears, though they present no real physical threat. Cooper, and indeed the viewer, is never quite certain what is real and what is fantasy.

Playtest has one of the sharpest plot twists of the whole season. Without giving it away, I will say that this tense episode successfully keeps viewers at the edge of their seats for nearly the entire 57-minute running time.

Shut Up and Dance

Easily the darkest and most disturbing episode of the season, Shut Up and Dance showcases the big budget Netflix allocated the series. Though the pacing is erratic at times , it plays out like a classic Hollywood thriller.

We at first sympathize with main character Kenny, who innocently downloads an antimalware program that begins to monitor, and eventually blackmail, him. It becomes clear by the end of the episode that Kenny and the other seemingly unfortunate victims of this cruel game of blackmail are perhaps not as deserving of our sympathy as originally thought. What is most disturbing, however, is the fact that it is the most eerily believable episode. It takes place in present day England, and not in the future or some distant reality.

My personal favorite episode from the season, and probably the entire series, is also the one that has thus far generated the most buzz online. It is the tender and nostalgic love story of shy newcomer Yorkie and party girl Kelly in the 1980’s beach town San Junipero. With a well paced and touching storyline, as well as stellar performances from Mackenzie Davis and Gugu Mbatha-Raw and a killer soundtrack, this episode really tugs on the audience’s heartstrings. The story unfolds slowly, leaving viewers somewhat confused at first, but grants them a satisfying and optimistic ending – something “Black Mirror” rarely allows its audience.

The sixth episode plays like a war movie set in the future, but mirroring – albeit exaggerating – real global crises. Malachi Kirby plays Stripe, an everyman model soldier;  he is enthusiastic, fearless and obedient. In this world, soldiers are programmed with a vision-altering brain implant, much like in Playtest.

Men Against Fire is an urgent moral parable that warns us not to blindly follow orders or dehumanize groups of people simply because we are instructed to. It’s also the closest episode from this season to “The Twilight Zone,” to which “Black Mirror” is often compared. In a world with xenophobia on the rise, this episode’s heavy-handed moral message is more important now than ever.

Hated in the Nation

Brooker calls the final installment of the season his homage to Scandinavian noir films. This police procedural has been compared to the X-Files, with its autonomous drone insects (ADIs) and nuances of government spying. In near-future London, these robot bees are deployed to re-pollinate the country after honey bees went extinct.

A pair of detectives, cynical Karin Parke and tech-savvy Blue, start to link several murders to a Twitter game called Game of Consequences: the person who receives the most #DeathTo tweets in a day will be killed. The twist at the end forces us to examine how we behave online and whether or not we allow our online personas get the best of us. The dialogue is on the nose, and the message at times preachy, but the formula will be familiar to viewers. We are left with the grim but impactful ending we have come to expect from the series.

Overall, the new season of “Black Mirror” will please fans with its length (previous seasons have only had three episodes) and its commitment to genre. There is social satire, a haunted house thriller, an action movie, a love story, a war story and a police procedural. Each episode remains true to its genre while never straying from the show’s themes of dark social commentary and the disturbing (or in the case of stand-out San Junipero, pleasant) possibilities of technology.