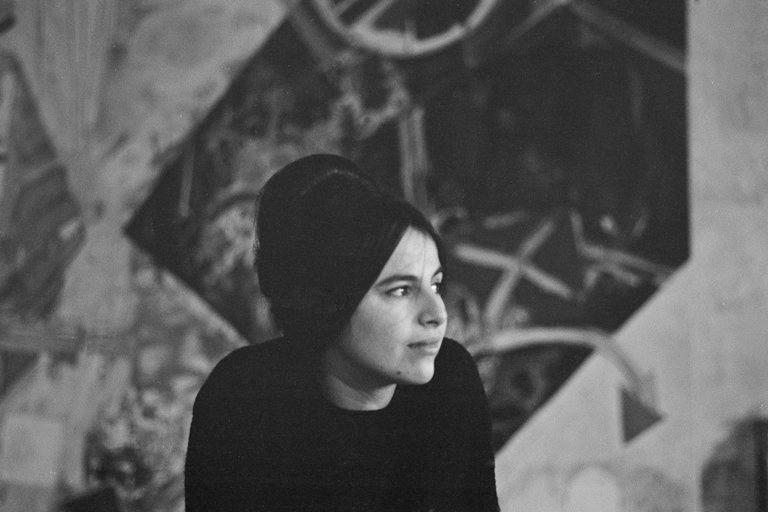 On Nov. 10, The Department of Art & Design and the Women’s and Gender Studies program presented a documentary film about the life and art of Eva Hesse, one of America’s pioneers in post-minimalism art, followed by a short discussion with Art History professor, Dr. Amy Gansell.

Eva Hesse pioneered the use of latex, plastic and fiberglass in sculpture making and facilitated the post-minimalist art movement, while inspiring passionate love and adoration from those around her. She died at the age of 34, leaving behind a dense and complex portfolio of works that defied her time, despite her short career.

“Eva Hesse,” Marcie Begleiter’s documentary, tells the full story of Hesse’s tragically short, yet fulfilling life, as it focuses on her artistic growth and development into a fully realized woman asserting her talent and belonging in a male-dominated profession.

The documentary aptly applies drawn animation and parallax-like photography to show different moments in Eva Hesse’s life. Much of the documentary explores Hesse’s emotional development and instability through expansive letters and journals with the help of voice actors such as Selma Blair, narrating the journals and letters belonging to Hesse, her friends and family. These artistic choices fit Hesse’s original, chaotic and comical style of work and honored her experience from a first-hand perspective.

Marcie Begleiter’s documentary also uses interviews with Hesse’s artistic peers such as Richard Serra and Dan Graham, who have nothing but admiration for her. She is remembered by friends and family, especially her sister, Helen Hesse Charash, who tactfully addresses their past in Nazi Germany and their mother’s bipolar disorder. Her work is analyzed by curators and critics throughout this documentary. Tom Doyle, her husband, is there to reflect on the ups and downs of their relationship that would later affect her art career.

Moreover, the documentary goes as far as to name Hesse’s work as “the beginning of feminist art.” Hesse never clearly makes her art about feminism, but her very existence and success in the 1960s makes her a feminist icon with quotes like, “The way to beat discrimination is by art, excellence has no sex.”

Dr. Gansell leaves students with the same closing thought saying, “Eva Hesse said she wanted to be known as an artist not a woman artist. Why is there always a label like Muslim artist, black artist, then who is the artist? White men? We can take from that because we are all labelled.”

Students of St. John’s took notions of empowerment and excellence from Eva Hesse’s life after watching the documentary. Sophomore Communications major, Jamia Brooks, said on the issue of St. John’s addressing feminism, “I thought this film was very cool…I can appreciate that St. John’s hosts events like this just to get people more aware of what’s going on.”

“I didn’t know who Eva Hesse was before, but I would take Professor Gansell’s advice and use her as a definite role model because she’s a really strong feminist. Now I know someone I can look up to in the art world,” said freshman Illustration major, Erika Madera.