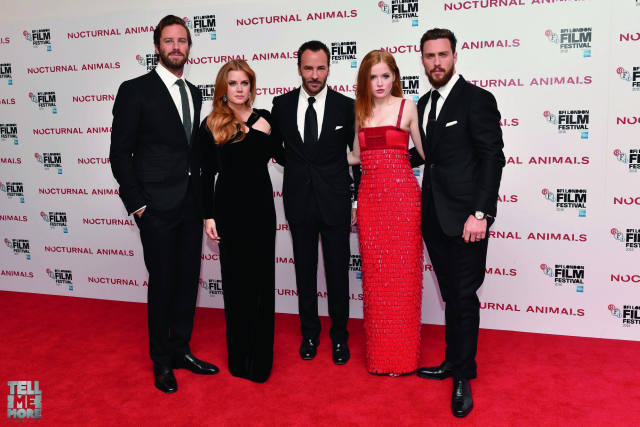 Of all the great films 2016 had offered us moviegoers, “Nocturnal Animals” is perhaps one of the more unforgettable ones. It’s a thing of beauty; a spellbinding psychological thriller that claws its way into your head and lingers there, haunting you for days and weeks later.

Believe me, you’ll want to see this film more than once.

The film follows Susan (played wonderfully by Amy Adams – who’s two-for-two this year with this film and “Arrival”), an art dealer who is sent a manuscript of her ex-husband, Edward’s (played by Jake Gyllenhaal), new novel, titled “Nocturnal Animals.” The novel’s extreme violence both bothers Susan and resonates with her, as it relates to an experience she’s shared with Edward while they were married.

Ford expertly jumps back and forth between the film’s three plot threads – present-day Susan, the events happening in the novel and Susan’s flashbacks – without ever losing balance and manages to pull raw drama out from each of them.

One is guaranteed to exit “Nocturnal Animals” thinking and, if you’re not alone, communicating. It’s a captivating film that carries viewers to very dark places.