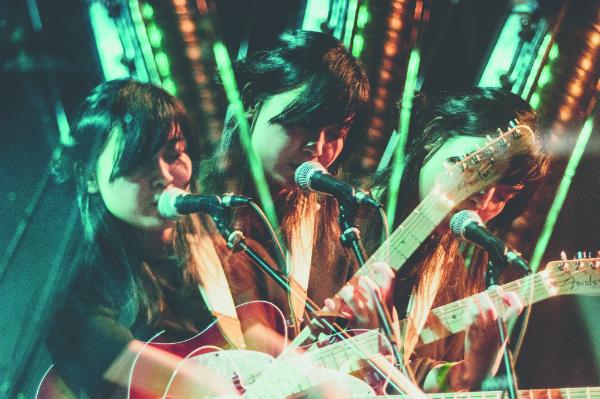 Lead by Michelle Zauner, Japanese Breakfast played their first performance of the year at Greenpoint venue Union Pool. As a free “first come, first served” event, the venue filled quickly for the highly anticipated show, which was closed off to RSVPs an hour into them being available online.

Opening the show was East Brunswick, N.J. artist Long Beard, the project of singer-songwriter Leslie Bear. Her set consisted of lush arrangements of the album with Bear backed by a bassist and a drummer, mostly playing from their 2015 album “Sleepwalker.”

As a musician, the New Jersey singer is highly versatile, performing either solo, duo or as a part of a full group in live shows.

Even at her most minimal setup, the intense layering of twinkling guitar and hauntingly soft vocal tracks are only supplemented by the sharp rhythmic work of her band.

In between the major album tracks like “Porch” and “Hates the Party,” Bear used a loop pedal and her band filled in the silence as she tuned her guitar.

Big Eyes’ set brought a more aggressive approach to the stage. The band of singer-songwriter Kait Eldridge is signed to the New Jersey based label Don Giovanni, known for its commitment to putting women and LGBT artists centerstage. 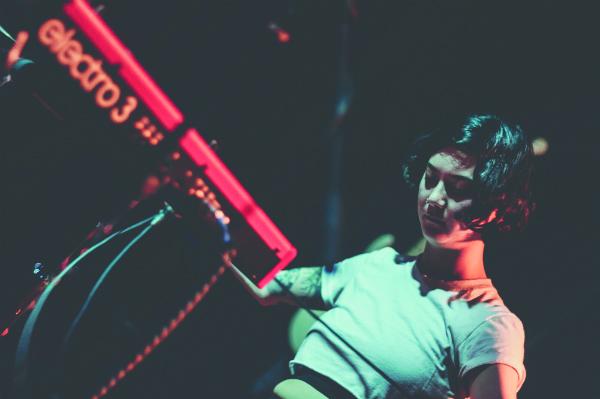 Loaded with heavy hard rock and punk, Kait Eldridge’s voice underlie the pop sensibilities of The Runaways and The Stooges in her compositions, which barely clock in under three minutes. With her latest record “Stake My Claim,” the album is rooted in the ideas of self-empowerment in a disparate space.

Japanese Breakfast dived right into their set with the delicate piano key intro of “In Heaven” from last year’s impeccable debut “Psychopomp.”

As their first show for 2017, Zauner and co. wrapped up a tour with Brooklyn synth-pop group Porches in the fall before going back into the studio and finishing her follow-up album, which is expected to drop this year.

The band played a new track called “Boyish” off the upcoming record. Stand-out tracks like the a cover of The Cranberries “Dreams” and the infectious “Everybody Wants to Love You” had even the most stone-faced people in the crowd singing along and cheering.

On stage, Zauner bantered about watching “The Revenant” on the group’s drive down from Boston and also mentioned the attendance of friends in the audience from her hometown of Eugene, Ore, who now called Brooklyn home.

Their set ended, as Zauner is not a fan of encores, with the electronica romp “Machinist” which features auto-tuned vocals detailing a narrative about a romantic relationship with a robot, as the Philly singer leaped into the crowd.

While this show lacked the second guitarist/keyboard player that the group had brought on tour last fall, the band filled in the sounds with an electronic drum pad and still invoked the same presence on a much smaller stage than they’ve played in months.