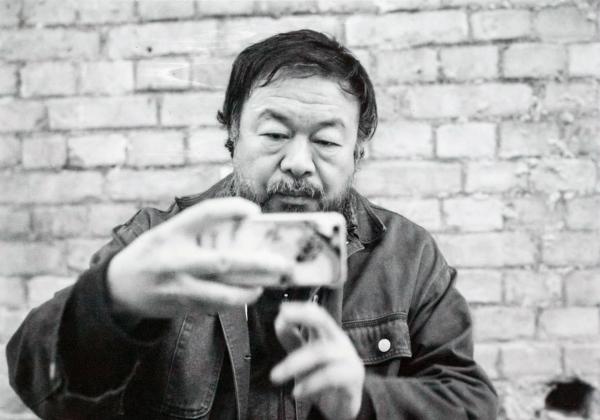 The Dr. M.T. Geoffrey Yeh Art Gallery inside the Sun Yat Sen Center presented a documentary film about the political dissidence and art of Ai Weiwei, China’s most famous living artist and “the world’s most powerful artist” on Jan. 26. The film “Ai Weiwei: Never Sorry” was followed by a short discussion with art gallery director, Yulia Tikhonova.

Chinese artist Ai Weiwei lives in Beijing with his wife, and their home is revealed to be equal parts sanctuary, self-imposed prison and animal shelter with some 40 cats and dogs. Only one of the animals, a cat, has figured out how to open the door to go outside, but Ai pontificates: “The biggest difference between people and cats is that cats will open the door but they will never close it behind them.” This metaphor comes at the beginning of Alison Klayman’s documentary on the artist and is never mentioned again. However by the end, Ai will have closed a couple of doors behind himself.

Ai, perhaps most famous for designing Beijing’s National Stadium, the “Bird’s Nest,” went onto infamy when he publicly condemned the 2008 Olympics as Chinese party propaganda. Since then, Ai has berated his government for never admitting to or holding themselves accountable for the slipshod “tofu” building construction that led to the death of thousands of school children during the 2008 Sichuan earthquake. His politically dissident, anti-establishment art, such as his “Haus der Kunst,” Munich installation, for example, spells out Chinese characters using blue and pink backpacks as a reference to the backpacks of the dead Sichuan students, has somewhat evaded China’s totalitarian censorship through the Internet. After his blog was silenced he fought back with Twitter and continues to use Twitter to this day.

Ai shows a courageous fearlessness for a country that he loves and a government that he hates in a time where it presents danger to his life. He said, “I think there is a responsibility for any artist to protect freedom of expression.”

Brittany King, a senior Graphic Design student, said, “As an artist, I think the film is really important because in a time where political tensions are rising, it gives way for a position to express yourself fearlessly, boldly, even if it means pushing your limits and going outside of your boundaries.”

Kseniya Ostrovska, a sophomore Fine Arts student, shared similar thoughts, saying, “This might be relevant to our political situation in the States now, especially with all the political activists being against Trump and his current political agenda.”

Ai is very relatable to the students at St. John’s not only for his political activism, but also his appreciation of New York, as he lived here from 1983 to 1993. Klayman includes a bittersweet, present-day scene in which Ai revisits New York City and eats at the Carnegie Deli. He hoards leftovers. “Yes, yes,” he says, referring to the onion rings, “I will take everything.” His fanaticism for a good New York sandwich shop is touching. But why, one wonders, would someone who could live anywhere in the world choose a place where his own home has been surrounded by state-controlled cameras?

Hung Huang, the Chinese equivalent to Oprah Winfrey, said, “He’s the only Chinese artist I know who cares deep down for his country and what happens to it.”