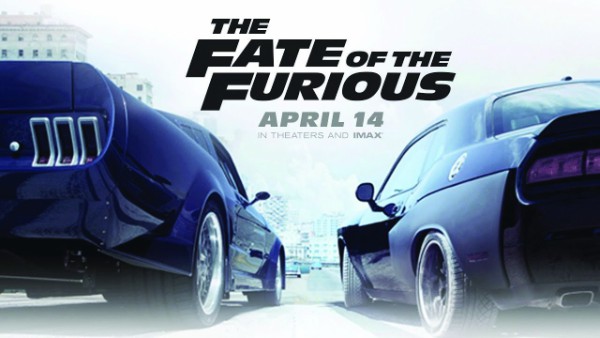 This leads the characters on a global adventure through Cuba, New York and Russia as Dom’s wife Letty (Michelle Rodriguez), ex-lawman Hobbes (Dwayne Johnson) and the rest of the crew try to talk some sense into their old friend before he can help this villainess achieve world domination.

“Fate” is a film that knows its intended audience well. It’s nonsensical in all the right ways, with the same logic-defying stunts that have come to define this franchise over the course of the last few installments.

These films are no longer about illegal street racing, but about elaborate heists, putting this insanely likable cast in the most extreme situations possible, and above all, family.

Where this film succeeds is in the execution of that specific formula, grounding all of the silliness going on by giving Dom a surprisingly compelling motivation to make his actions more than just a plot turn for the sake of having one.
Unless you’re looking for something other than pure entertainment, “The Fate of the Furious” should be right in your wheelhouse.