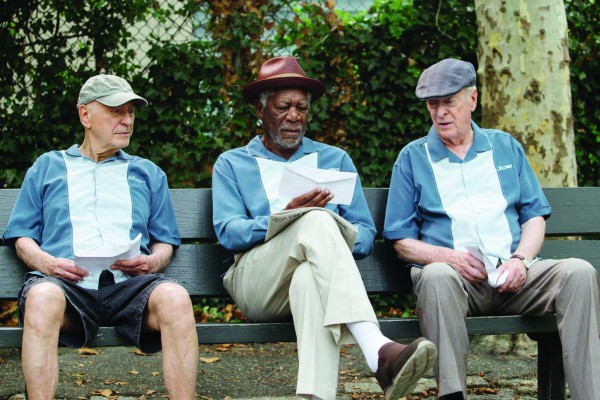 And there you have it.

That’s all this film has going for it. A main cast including those three acting legends is the only reason audience members would schlep out to see “Going In Style” and, ultimately, that’s its only redeeming quality.

Here is a dull, shamefully unfunny display of talented, legendary actors simply collecting a paycheck. Their charisma makes the film bearable but doesn’t save it from being the great, big bore that it is.

Through its 96-minute duration, there are two or three genuinely funny moments. One of these moments feature the three old men attempting a grocery store robbery, followed by a fast getaway in an electronic wheelchair. It’s a shame that the rest of the movie doesn’t have that fast-pace fun and energy.

This is a film that could have benefitted from a strong sense of style and visual comedy.

A film about three old men robbing a bank could have, and should have, been loads of hilarious fun. Instead, the concept is squandered and presented on a bland, uninteresting plate, lacking spark or color.

Director Zach Braff holds back from doing anything marginally inventive and, instead, just throws everything together and calls it a day.

This is studio filmmaking at its laziest.