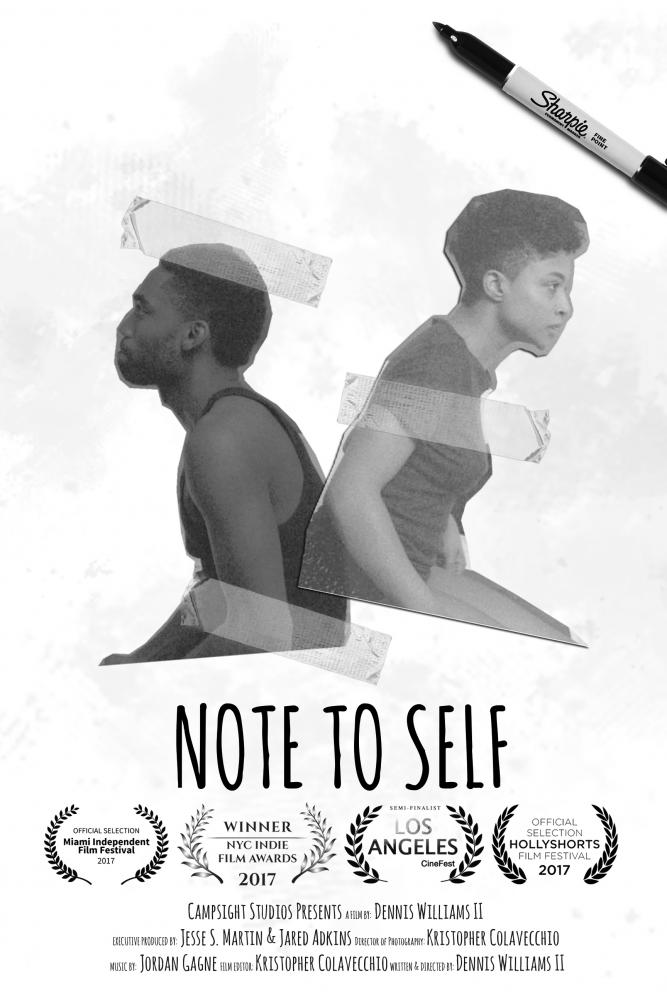 SJU alumnus Jared Adkins serves as producer on “Note To Self,” an incredible short film that explores a man’s relationship with both his girlfriend and his career as he faces a difficult decision that binds both priorities.

Written and directed by Dennis Williams II, a good friend of Adkins and long-time collaborator, “Note To Self” is a strong piece of storytelling that showcases some fresh new talent both behind the camera and in front.

I loved every second of this film.

“Note to Self” is about a man who hits a serious speed bump.

He must make a decision: a future with his long-time girlfriend, or a chance to advance his career.

The film sees him having a conversation with his subconscious as he struggles to choose the better road.

In just a little over eleven minutes, “Note To Self” manages to pull some real humanity out of its lead performers, David A. Wallace as Darren and Nicolette Ellis as Marlee. This is a testament to Dennis Williams II’s skill as a storyteller and as a director. There isn’t a moment in this film that doesn’t feel like real life.

It’s the authenticity of “Note To Self” that makes it resonate with such power, and the realism of the performances that makes it so engrossing.

There is a scene, my personal favorite, in which the two main characters have a conversation in bed. That’s all it is: a conversation. In one long take, the two talk and talk until they both find themselves mentally tangled up. It blew me away. It’s so well-written and acted. The tension between the two characters becomes very strong; it oozes off the screen.

The film, visually, looks remarkable. It’s shot beautifully on the Red Eye camera and encompasses the confusion, frustration and emotion the characters release so well. The movie is so well shot, it looks as if it were pulled from a feature film.

I had the opportunity to speak with producer Jared Adkins and discuss the process of making “Note To Self.”

“It came together because of a great team I worked with,” Adkins had said, referring of course to his exceptional collaborators, such writer/director Dennis Williams II, the wonderful performers, co-producer Jesse Martin and Director of Photography Kristopher Colavecchio.

The film screened at several festivals, including the Hollyshorts Film Festival, the Charlotte Film Festival and the Miami Independent Film Festival. It was the winner of the NYC Indie Film Awards, and the semi-finalist at the Los Angeles Cinefest.

“Note To Self” is truly deserving of all honors it was acclaimed with.

It’s a terrific film that presents exciting new talent both in front and behind the camera.