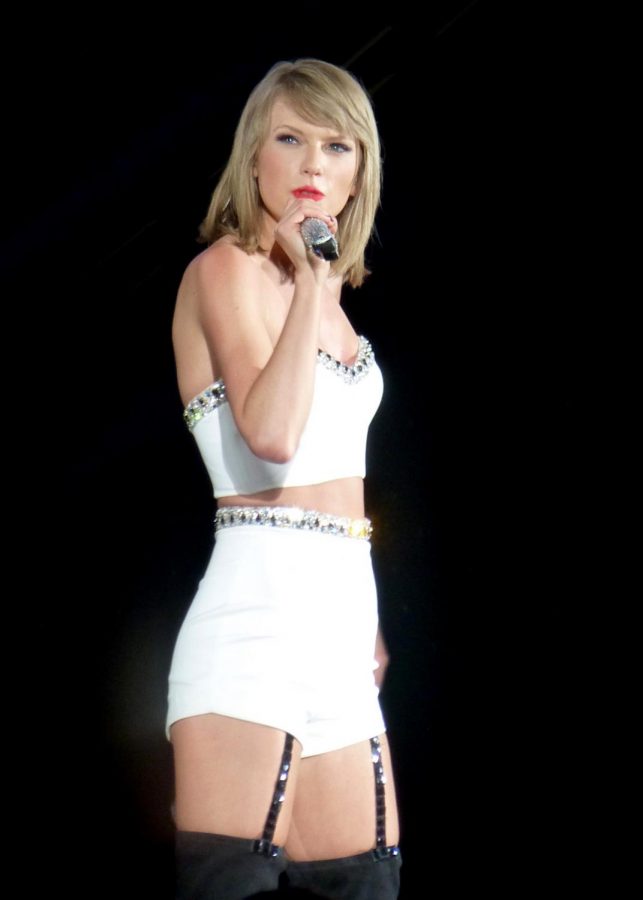 Over her last five albums, Taylor Swift has shown she is a force to be reckoned with.

Her last three albums 2010’s “Speak Now,” 2012’s “Red” and 2014’s “1989” have each sold over a million copies in the first week of their release in an era where album sales have become irrelevant with the rise of streaming and downloading.With all this success, it seemed as if she could do no wrong, but 2016 proved to be damaging to her image with being ratted out by Kanye and Kim and other tabloid drama.

In the midst of all that, she started becoming more private with not giving any more interviews, public appearances, hosting her annual Fourth of July bash, limiting social media, etc. After all that and taking an extra year off in between albums, we now get her sixth album “Reputation” so what did I think of this?

It was still trying way too hard to be dark and failing hard at it as well as squandering all the buildup they built with the pre-choruses. Then, “Gorgeous” came along and saved my faith in the album by abandoning the dark sound for the more upbeat pop sound she’s known for, and “Call It What You Want” restored it further with more subdued love song that fitted Swift’s style.

After listening to the rest of the album, I can say I was pleasantly surprised that it wasn’t as bad as I was dreading; but while this record does have some pretty good moments there are still many issues I have with the execution. First, while much of the production feels more subdued and darker than the bright synth pop vibe of “1989,” it also feels more hollow and loses a sense of what made Swift stand out in the first place.

That’s been the biggest issue with her shift towards mainstream pop: she’s adopting mainstream sounds and not doing much to stand out. I like when the production goes into more elegance with those strings on “Look What You Made Me Do” (arguably the only thing I like about that song) and “This is Why We Can’t Have Nice Things” and even the more subdued production on “Call It What You Want,” “Dress,” “Getaway Car” and the relaxing piano ballad feel of “New Year’s Day.”

With the lyrics, I honestly feel that they’re all over the place—especially given that after the album was announced it was said Reputation would show Taylor singing about how the media portrays and all the feuds and breakups over the past couple years that have done a number on her image.

We do get those perspectives on “Look What You Made Me Do” with references to her feuds with Kanye West, Kim Kardashian and Katy Perry. The song that I feel really hits this is “This is Why We Can’t Have Nice Things,” where she references the phone call with Kanye about using her name in his song, “Famous” and not knowing her name would be used in a derogatory way.

The song also shows how all these controversies is why she doesn’t make herself visible as she used to be referencing the parties she would host at her homes. But we also get the classic Swift songs where she sings about her boyfriends and breakups like the opener ‘…Ready for It?” where the title implies asking her boyfriend if he’s ready to go along with her on their relationship. “Gorgeous” shows Swift’s infatuation over a hot guy, “Call It What You Want” shows her finding comfort in him despite the negative attention she’s gotten and “New Year’s Day” where she hopes he’ll always remember the memories as they start the new year together.

As for the performances, I like the songs where Swift sticks to her lower register since I feel it shows more of her emotion and fits with a lot of the subdued electro production. Tracks like “Look What You Made Me Do,” “…Ready for It?,” “I Did Something Bad,” to name a few, make her sound petty and obnoxious. But the biggest problem with the lyrics especially for longtime Swift fans is that she has lost the ability to be very detail oriented which is what her appeal was with her songwriting.

The relationship details and diss tracks feel very vague as for who they are about. Sure, for those of you who follow her you can at least be sure who the songs are about but for the majority of people who don’t follow Swift, it can be a mystery.

We only get one featured song on the album with “End Game” featuring her pal Ed Sheeran who previously collaborated with her on “Everything Has morning Changed” from her “Red” album and her first rap feature from Future. Honestly I was mixed with the features, Future is just wasted; sounds like he’s being rushed to get back to Swift and his verse is less than 30 seconds long. Sheeran is better, with more time on his verse and he doesn’t sound rushed and is able to balance out his singing and rapping style that he’s been known for.

Overall, while this album did pleasantly surprise me as a pretty decent record if you ignore “Look What You Made Me Do” and “…Ready for It?,” I don’t think it’ll be remembered as well as her previous albums. This won’t be the album I’ll be telling my kids about when I talk about Taylor Swift. And I especially think going forward this will end up being her most polarizing album among her fans, music critics and historians.

I give “Reputation” a light 6/10 for being decent with a few good songs but uneven with its types and themes and not as memorable as her earlier work. But if you’re a hardcore Swiftie or you’re interested to see how one of the biggest pop stars of our generation tackles all the turmoil she’s faced I recommend it.