“This is Me” at the Oscars

Performance means more than an award 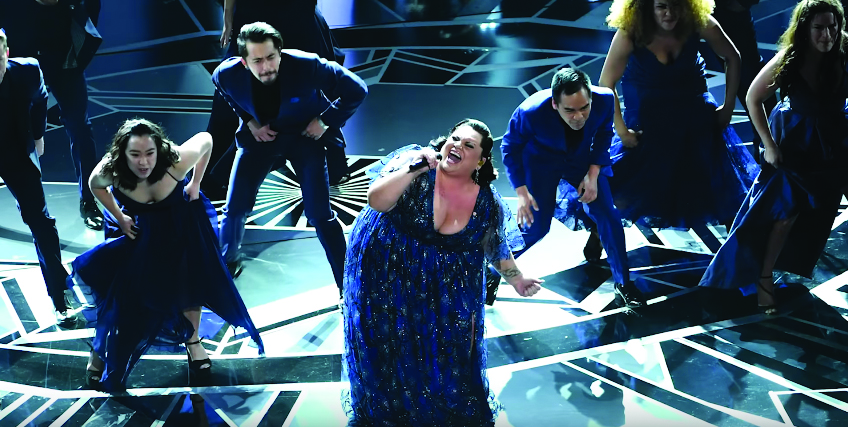 On Oscar Sunday, Keala Settle, Hawaii native and star of FOX’s “The Greatest Showman,” filled the Dolby Theatre and the nation with emotion through her awe-inspiring performance of “This is Me.”

The powerful and prideful “This is Me” was written by Benj Pasek and Justin Paul, known together as Pasek and Paul. The two have become a powerhouse in the world of American songwriting and are also credited with writing the music behind “La La Land,” “Trolls,” and the award-winning Broadway musical “Dear Evan Hansen.”

“This is Me,” which is shaped by verses like, “I won’t let them break me down to dust, I know that there’s a place for us, for we are glorious,” and, “I make no apologies, this is me,” spent two weeks at the top of the Billboard 200 chart—only the fifth soundtrack in the last 10 years to spend more than one week at number one.

The song serves as affirmation for anyone who has ever felt as though he or she does not belong. Lettie Lutz, the character that Settle plays in “The Greatest Showman” and that sings “This Is Me,” is a large, bearded woman—by no means someone who would “fit in” by conventional standards.

The song’s message has reverberated throughout the nation. Kids and adults of all ages, races, and places have been posting their own renditions of it online. It has turned into so much more than a track off of a feature film’s album. It is now the soundtrack for everyone’s story.

Unfortunately, “This Is Me,” did not take home the Oscar for Best Original Song, losing to Robert Lopez’s “Remember Me,” from Disney’s “Coco.”

However, its impact will be kept alive far beyond Oscar season and in the hearts of all of those who listened to it and who felt the words.