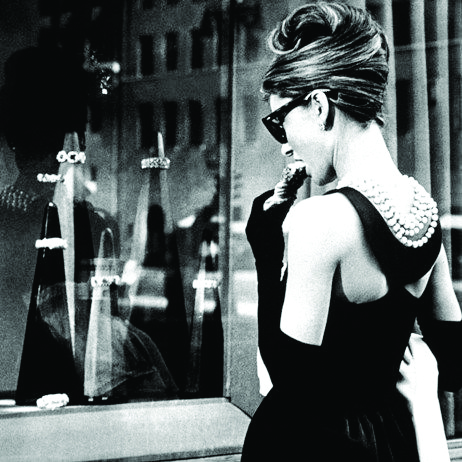 Fashion is an often overlooked detail in films.

While the costume designers go into intense detail and commitment to the look at hand, the art of the wardrobe is often missed by the audience.

The dedication and passion that a designer puts into wardrobe can be characterized by the immersive outfits that the actors wear, from a simple pajama look to a wedding gown worn by the lead female character for five minutes.

Each look is purposefully picked by the designer to create a tone and mood to reflect the voice of the film.

This is evident in the designs and styles by the late Hubert De Givenchy in several films starring his personal friend and muse, Audrey Hepburn.

The relationship between Hepburn and Givenchy spanned decades and the influence they had on each other was clear in the films that Hepburn starred in. While Givenchy is not credited for designing in these films, he was the personal designer for Hepburn in films like “Funny Face,” “Love in the Afternoon” and “Sabrina,” all starring Hepburn.

As a vital part of the fashion industry on the runway and on the silver screen, Givenchy is credited with creating immortal pieces like the well-known and well-worn little black dress.

First seen in the iconic movie “Breakfast at Tiffany’s,” the opening scene shows a glammed up Hepburn eating a scone in a little black dress designed by Givenchy while browsing the expensive Tiffany’s window display.

This scene and outfit are known worldwide and will be the Halloween costume of choice for college students on a budget everywhere. The film includes several other amazing designs by Givenchy and emphasizes the importance of design and fashion in film.

While Givenchy never designed for any other films, sticking to the runway and his coveted fashion house, he will forever be known for the creation of the little black dress and his friendship with the equally talented Hepburn.

In his years after designing for Hepburn’s films he designed for many more influential women including Grace Kelly and Jacqueline Kennedy Onassis.

Givenchy, who placed great emphasis on the body in his designs, said, “The dress must follow the body of a woman, not the body following the shape of the dress.”

Creating a large empire of fashion design and parfum, Givenchy leaves behind a legacy of individuality in even the most simplistic of pieces and has people watching the screen for design and fashion. The creation of the little black dress and his influence on design in film is a symbol of the dedication, passion and talent of designers everywhere.