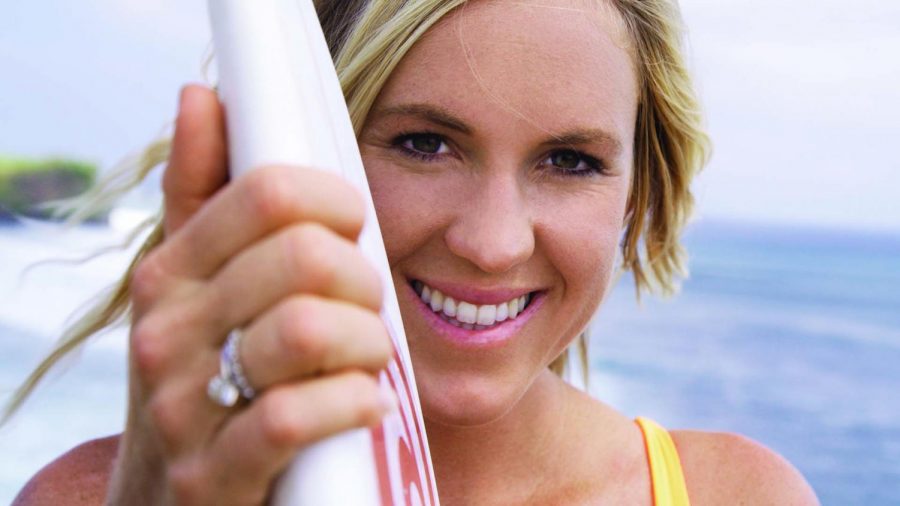 After years in the making, the world premiere of “Bethany Hamilton: Unstoppable” took place at Spring Studios under Tribeca’s spotlight documentary category. It’s a film that takes people along for her journey of being a fearless athlete, wife and mother.

In 2003 at 13 years old, Bethany Hamilton lost her left arm to a 14-foot tiger shark. But what catapulted her into the spotlight was her bravery, perseverance and subsequent achievements. She returned to surfing a month after the accident and participated in a major competition within three months.

The film was directed by Aaron Lieber, a surfer himself and surf cinematographer. He sought to put Hamilton in a different light. After being primarily known as a shark attack survivor, Lieber wanted to show that she is a great surfer despite the fact that she’s missing an arm. While everyone harps on the fact that she has one arm, she simply continues to do what she loves whether or not she has both arms. She has tackled some of the best waves in the world and in motherhood.

Beginning a film with archived footage and narration never ceases to be an effective attention-grabbing intro. Besides the visually captivating scenes from underwater and underneath the waves, the old footage of Hamilton gave a sentimental touch, it strikes peoples’ natural curiosity to gain more insight into her life and journey.

Something that stood out with how Lieber went about this film is that there was a good balance of action and her surfing endeavors while staying true to her personal life and struggles. It didn’t glamorize what she did like I had expected so much as bring people into her lifestyle from an intimate perspective. During the Q&A that followed the film, Lieber said they filmed for four years. In this time, we saw Hamilton get married, and have her first child (and on the day of the premiere celebrated her second child’s six-week). During all this, she said, she always went back to the ocean.

Personally, this movie had a narrow window to not be a generic type of biography or documentary. I think with her story in particular it was easier to get there. But even with that, Lieber did well with everything else, like the sort of in-between shots: aerials of big waves and hordes of boats, underwater shots. The film was visually beautiful at a minimum. Throwing in footage of her son Tobias had everyone hooked, if they weren’t already — babies get everyone. I found myself reacting to the movie, like making facial expressions, unconsciously.  Yes, it was enjoyable and inspiring but going even further, there were “aww” moments, *gasp* moments and “She’s not really going to do that, is she?” moments

Following the film, when she was asked about how she feels surfing the huge waves like Jaws that she did in the movie, Bethany said something that struck me as fitting for most things, not just for surfing: “Holding on for dear life, but loving it at the same time.”