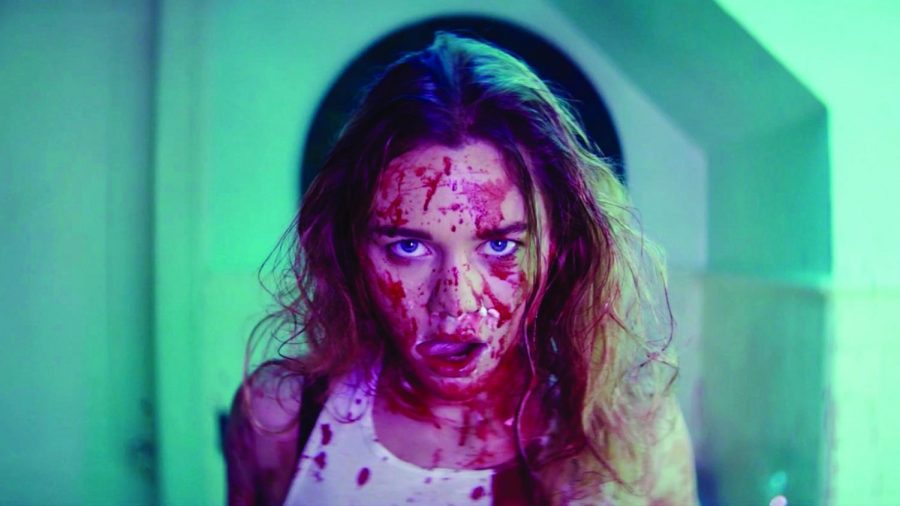 Do you remember when you were younger and would play house with your friends or maybe even act as the occasional doctor where you’d take your dolls to get a checkup? Mitzi Peirone brings this well-known imagination based game to life in “Braid.”

What appears to be two mid-twenties friends (Imogen Waterhouse and Sarah Hay) fleeing from a drug bust into the twisted arms of a childhood friend (Madeline Brewer) is more than it seems. With themes of mental illness and intense psychological thrills, this film will have you grabbing the arms of the movie theatre chair. The film itself is full of twists, turns and confusing plot lines.

Petula (Waterhouse) and Tilda (Hay) each find themselves playing a dangerous game of “house” like they did when they were young, with their estranged mentally ill friend Daphne (Brewer). They followed these rules that had been set out from the beginning.

Rule #1: Everyone Must Play

This is the golden rule that everyone plays along and doesn’t stop playing, no matter what happens.

However this game of “make believe” takes a more brutal and intense turn when simple “checkup” turns into smashing meat hammers against others’ knees.

Each of the three girls has something to hide in “Braid” and it’s not what meets the eye.

Brewer’s portrayal of the obviously psychotic Daphne leaves you feeling sympathy for her mental disadvantage, but also wondering who’s the real victim of the trio.

Hay plays Tilda, the seemingly innocent friend who is always stuck playing the child in the game of “make believe” and is subjected to brutal treatments.

Petula is the strong dynamic personality between the three trying to find a way out. As the film progresses, however, escape is not the biggest issue at hand.

The young actresses bring the psychotic nature of the individual characters to life with the true terror and equal confusion of the plot.

Peirone’s directing is something to be praised, with the intricate camerawork and use of flashback scenes as a look at the past and a foreshadowing of future events.

The use of flashback scenes allows the viewers to see how the toxic relationship between the trio started and how they became the deranged young adults they are now.

Color and imagery are vital parts of Peirone’s directing. The use of vibrant violets, fuschias and pinks to portray drug-induced behaviors and flashback memories shows a physical representation of the memories and drugs being used.

This being Peirone’s debut film, the abrupt artistic choices were overwhelming and generally confusing.

While the film is one large psychotic trip for the characters and the viewers, the overuse of aesthetically pleasing scenes with the three characters seemingly calm and surrounded by beautiful dinner china and childlike deserts of gummy worms, begs the question of how will this end.

These montages of the trio living seemingly nonchaotic lives of painting, eating and remaining in their roles of child, doctor and mother, drag the plot out more than necessary and cause confusion overall.

While this film was very pleasing to watch visually, the plot was very confusing. The script should have stopped after the first initial plot line that resulted in the beginning scene of the three burying a body wearing bloody clothes and trench coats.