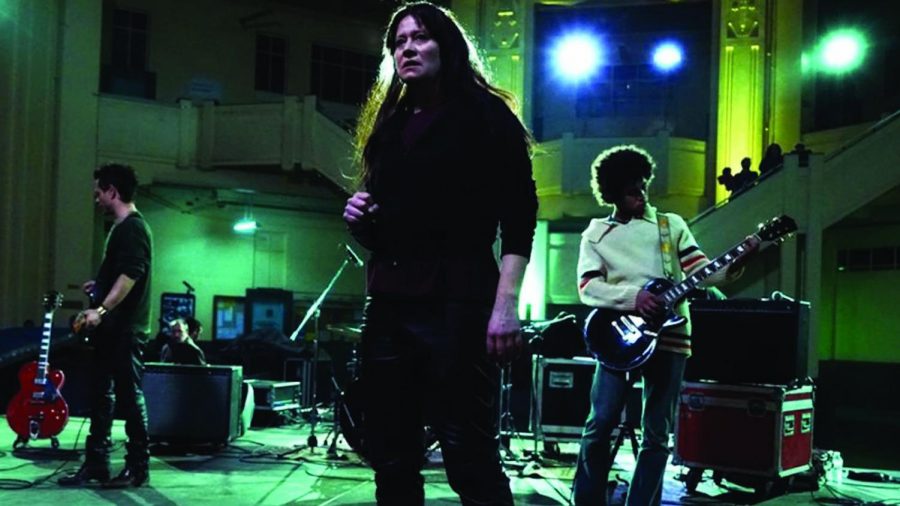 Director and writer Susanna Nicchiarelli takes a raw look at the last few years of the life of Christa Paffgen, better known as Nico, and her time on the road with her band, son and crippling heroin addiction. Often remembered for her time with Andy Warhol and the Velvet Underground noted as a Warhol Superstar, the film shows how Nico is much more than her Warhol days, and is quick to remind others of this. Nicchiarelli doesn’t shy away from discomfort, showing the realistic scenes of Nico shooting up heroin and getting into fights with band mates.

As a story that is long forgotten by the media and those who were alive, this retelling of Nico’s last few years of life bring a new narrative to a generation that may not know who Nico is. Often she is described as a “piece of history,” by several people in the film. You start to see the overbearing shadow of being a Warhol Superstar cast around Nico.  As she tries to reclaim her music and identity, Nicchiarelli shows that this is not a happy story. The largest praise has to go to Trine Dyrholm, who played an uncanny realistic copy of Nico. Embracing her brashness and often under the influence behaviors, Dyrholm brings Nico to life on the screen and makes you think you’re watching a documentary.

Nicchiarelli’s directing is also to be praised for the artistic choice of including real film footage of Andy Warhol and flashback scenes that remind the audience that Nico was a real person.

The most disheartening part of the film was the despairing relationship between Nico and her son Christian Aaron “Ari” Päffgen. Unable to care for her son due to her large role in the Velvet Underground, Ari was adopted by his supposed paternal grandparents and lived most of his adolescence in Paris. The film depicts several gut-wrenching scenes including Ari. One particular scene shows how Nico was an unfit mother while bringing her small child to a party and we see a young Ari downing several leftover apparent alcoholic drinks while Nico is nowhere to be seen.

Not shying away from the facts, Nicchiarelli brings to life Nico, bad behavior and all in this film. You begin to create such hope for Nico as she kicks her drug dependency and is shown caring for her now older son; but in the end, like the title depicts, Nico’s last year is in 1988.

In the final scenes, Nico is shown quoting William Wordsworth saying, “We will grieve not, rather find strength in what remains behind.” Reminding audience to do the same for Nico, her music and her legacy.