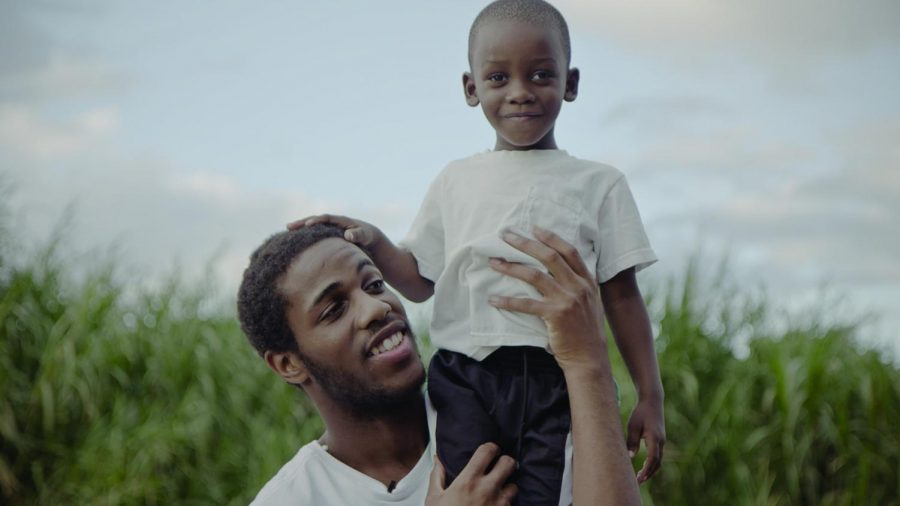 As described, Nick Reyes, Larry Young, and Tyler Carpenter are “products of their environment” in director Daniel Patrick Carbone’s feature documentary “Phantom Cowboys.” Narrated by the boys’ own words from the heady days of their youth to the harsher realities of their young adult years, “Phantom Cowboys” moves between the industrial towns of Trona, California, Pahokee, Florida and Parkersburg, West Virginia and captures the essence of the sway your hometown can have on you.

Trona, California: For Nick, the audience meets him at 17, star of the football team, scared of the large ocean he once visited and determined to not work in the industrial plants in his town. The next time we see him at 23, he is heading to work at the plant while the voice of his younger self describes the ocean he wants to visit again. Nick’s story is one of lost dreams, as he had the opportunity to leave, but the pull of his hometown and the familiarity of the people and places is what causes him to make a decision that he is still unsure of to this day.

Pahokee, Florida: For Larry, the audience meets him at 13, when he and his friends run through the sugarcane fields, both burning and intact, hunting rabbit to bring home and prepare from scratch. The next point in which the audience mets the 20 year-old Larry is when he is released from his 2 and a half year stint in prison and returns home where everything has changed, while everything has remained the same. His is the story where the line “product of his environment” is most aptly suited and the scene in which it was first uttered by a friend.

Parkersburg, West Virginia: For Tyler Carpenter, dirt track racing is the way of life. When he is 18, it is a passion of his, that he enjoys doing with his father, a dirt track racer as well. At 25, he has developed that hobby into a career and a source of income. His is less of tale of loss, as he has a happy family and was able to pursue something he loved, but more a tale of constant uncertainty. Whether it be the audience’s knowledge or his own, there is an urgency to winning these races in order to provide for his family.

All three of these stories were intertwined beautifully from different time periods to different states to different lives, through the work of the director/producer/cinematographer Daniel Patrick Carbone, cinematographer Ryan Scafuro and editor Thomas Niles. The effect is a time capsule, marked by interconnected hazy memories that tell a story all on their own. From the POV shots of the racecars turning corners and upending dust and dirt to the two boys jumping around the burning sugarcane fields in the South, this film will be one to remember