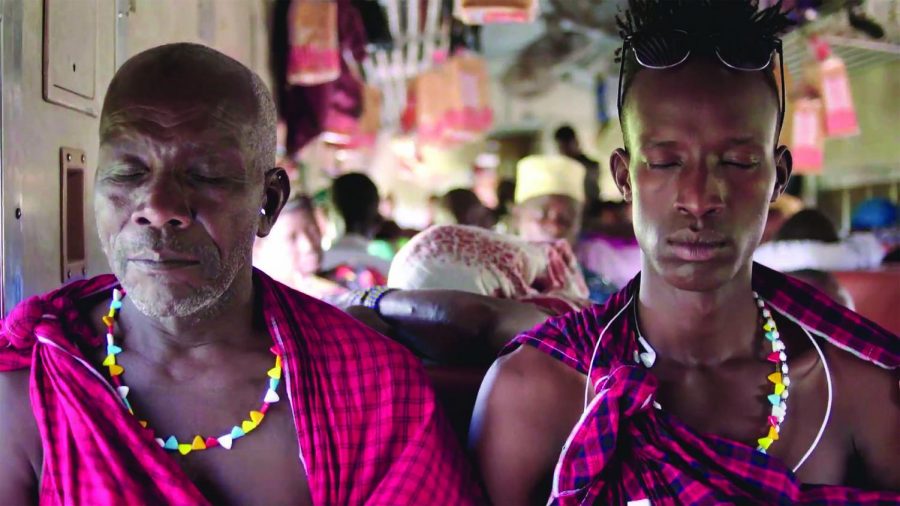 “Tanzania Transit” offers an intimate view into a life many of us will never know. Director Jeroen van Velzen tells three stories of survival in a world that by its nature, works against Isaya, Rukia and Peter. Comprising the lower, middle and upper class, respectively, on the train leaving Dar es Salaam, van Velzen tells their stories without ever seemingly inserting himself in them. Their stories are told without ever facing the camera in a typical documentary fashion but instead, exists on the outer edges and tells us their story as they tell others their stories.

At its heart,“Tanzania Transit” is a human story, one that exists on a mechanical train overcrowded with life. The overall effect of the documentary is not only a claustrophobic feeling, as the camera never leaves the train even when its subjects do; instead, watching them through the dirtied windows and across the arms of other passengers, but also a cinematically pleasing one. Isaya, Rukia and Peter are three in a billion, but their stories are symbolic of more than themselves

Isaya is traveling with his grandson William from Dar es Salaam back to the “bush” where the Maasai live. He marvels at the technological feats of the city but is faced with outright prejudice by those who believe his people’s traditions are outdated. But he clings to his culture and would not move to the city if he could.

Rukia is an independent woman, who is trying to make her way back home after falsely being jailed in Kenya. Her stories of her sale, rape and abuse at the hands of the men in her life are told in the company of other women, who all share stories about how things are and how they wish it could be. Still, she wishes to begin a new life as a single mother, own a business and see her path set by herself.

Peter, who resides in first class, was once a leader of a large gang but now is a preacher, traveling up and down the train to deliver sermons and sell books. He uses the lower classes’ dependence on prayers, sermons, and etc. to make a living. Promising healing and selling his books in the same breath, he has plans for big-budget conferences and TV and radio programs. He sees his opportunity and he takes it.

In a high speed train that threatens to derail at any minute, these three people are surviving in lives that do the same.