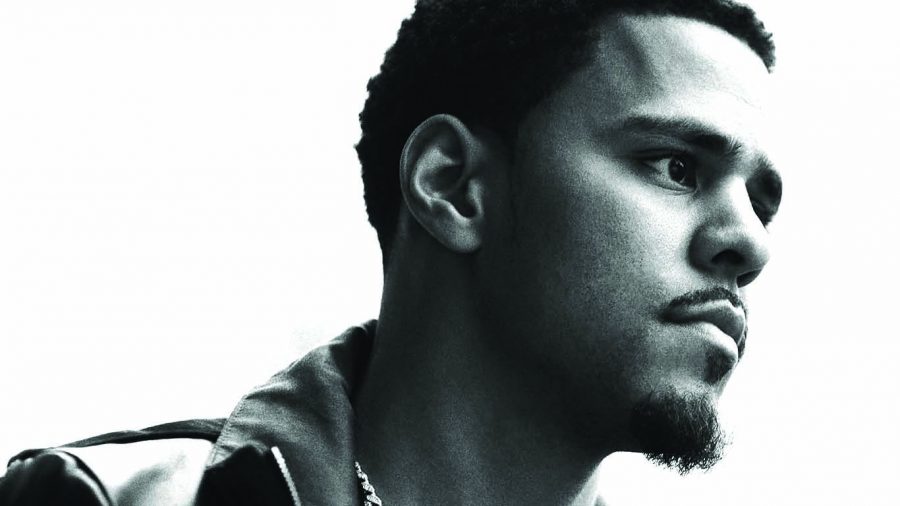 On Monday April 16, artist J. Cole announced a free event in New York City on his Twitter that exclaimed : “No Phones, No Cameras, No Bags, No Press List, No Guest List.” Within the next half hour, the line at the Gramercy Theatre grew by the hundreds. No one knew what they were in line for, but they all knew who they were in line to see. J. Cole isn’t a stranger to announcing free shows for his fans just an hour or two before.

However, the next day, it was revealed that this was not just any regular concert. It was a private listening party and performance of KOD, J. Cole’s fifth studio album, which was released on April 20.

In celebration of the announcement, WSJU Radio, Haraya and NAACP partnered up to bring the listening party right here to campus. From 6:30 to 9:00 P.M., the DAC Coffeehouse was filled with not only J. Cole fans, but music fans in general.

While DJ Marco’s set began, pizza and wings were served and discussion ensued. Conversations regarding Cole’s top three albums, the meaning behind “KOD” and the best tracks on the album began, making the event that much more entertaining. The beauty of music is in its interpretation, and how everyone can see something different in it.

However, when the album began to play and the lights dimmed, silence fell across the room. The next 45 minutes were for bobbing our heads together and hearing every word and sound. Even after two or three listens prior to the event, there were things many had missed, which is why it’s so important to digest an album before forming a concrete opinion on it.

As the last track, “1985 – Intro to “The Fall Out,” came to a close, everyone applauded. It’s one thing to listen to an album alone, but another to hear it through speakers in a room with other fans. It’s special.

“KOD,” which stands for “Kids on Drugs,” “King Overdosed” and “Kill Our Demons,” has already broken records. Only one day after its release, it was announced that it set a new record on Spotify for the biggest opening day with 4.2 million streams; a spot previously held by Taylor Swift’s “Look What You Made Me Do” with 3.8 million streams.

The album currently holds the number one album spot on iTunes and has received praise from both fans and peers. Throughout the album, Cole warns today’s artists against following fleeting trends. Fame, money and relevance all tend to be short-lived.

But as a whole, “KOD” expresses the effects of depression and the dangers of addiction. Cole lets us know that even he is not immune to the coping mechanisms that control many people in today’s society. So instead of shaming or pointing fingers, he shines a light on a problem that many of us are blind to and tells us all to “choose wisely” when it comes to how we deal with stress and pain.