Moments & Movements A Look Back on New York Fashion Week

A Look Back on New York Fashion Week 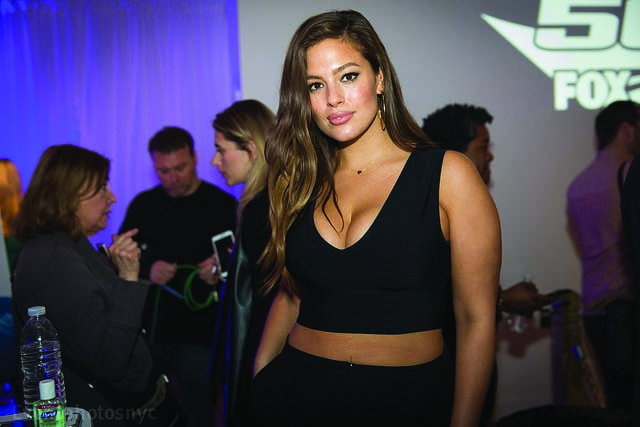 Ashley Graham is at the head of the body positivity movement.

Remember when it was rare to see plus-sized models on the covers of magazines and on runways? Well, things have really changed as plus-size models have been paving the way for some of the fashion industry’s biggest names.

Only recently have brands begun to venture out of the “skinny model” norm by casting plus-size models to flaunt their clothing. After all, it is starting to be hard for brands and designers to ignore the fact that most American women are plus-size, but make up less than two percent of all fashion industry images, according to Channing Hargrove, a writer for Refinery29.

As brands have expanded their lines to appeal to the 67 percent of American women that are plus-size, plus-size models have begun to pop up everywhere — from magazine covers to fashion events, and at this year’s New York Fashion Week Spring shows.

About three weeks ago, from Sept. 6 to 14, New York Fashion Week kicked off its Spring 2019 shows. The amount of plus-size models was said to double this season, which came to a total of 49 plus-size models that walked in 12 different shows, compared to last season’s 27 in eight shows, according to The Fashion Spot’s official diversity report.

Among the 12 shows were Chromat, which casted 13 plus-size models, and Rihanna’s Savage x Fenty show and campaign, which also represented size diversity by casting 12 plus-size models to walk her Eden inspired runway show, outnumbering all other designers except Chromat.

Other designers that were noted for their casting of plus-size models include Christian Siriano, Sies Marjan, Collina Strada, Yuna Yang, Prabal Gurung and Michael Kors.

Kors was especially highlighted for its first plus-size model, the iconic Ashley Graham, who returned for her fourth consecutive season at NYFW.

Graham, being the most well-known plus-size model in the fashion industry, has naturally become the face of the body-positivity movement.

Just this year, Graham made her debut in Vogue Italia and became the first plus-size model to appear in Sports Illustrated. She is also now walking alongside the industry’s top models, such as Kendall Jenner and Kaia Gerber in high fashion shows.

The 30-year-old has also become the face of brands including Revlon, Marina Rinaldi, Lane Bryant and Swimsuits For All.

Throughout her modeling career, Graham has vocalized why the fashion industry must serve plus-size women. She has also shared her journey to self-acceptance, inspiring thousands of women.

Another plus-size model that’s taking the industry by storm is Sabina Karlsson, who has walked for Michael Kors and Christian Siriano and has been featured in campaigns for L’Oréal and Levi’s.

Times are changing and it’s about time that the fashion industry caught up.

Whether it be in size or race diversity, representation is always important when it comes to fashion. For decades, we’ve been stuck with the same size zero women with straight hair that appear in campaigns, runway shows and magazine covers.

And to put it quite frankly, we’re tired, we get it, now let’s switch it up and continue to see some real women that we can relate to because it’s what we deserve.