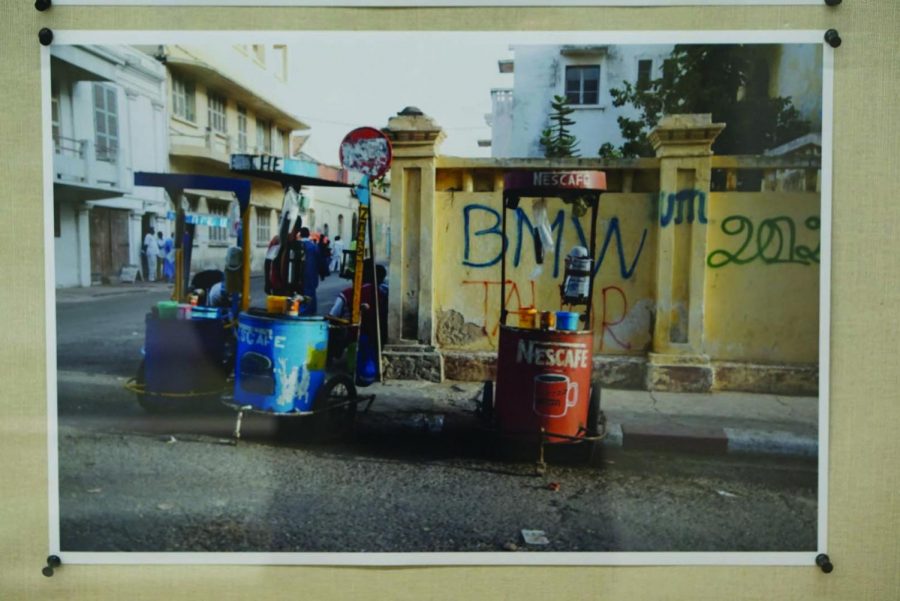 For this year’s Founder’s Week, many of the University’s departments are hosting events pertaining to the Vincentian values of St. John’s. This year’s theme is “Called to Action.”

In one of this year’s closing events, the St. John’s Department of Art and Design set up a quaint photography exhibition on the library’s fourth floor. It speaks volumes even, in such a quiet room.

The exhibit features the works of Alexander Arpag, a 2014 graduate of St. John’s, who spent his undergraduate years studying under the Photography BFA program.

During his years in school, Arpag worked on a number of humanitarian efforts and came to realize his passion for photojournalism and documentary photography. He was awarded the Wall Street Journal Scholarship for Photojournalism, in 2013 for documenting the recovery process in communities affected by Hurricane Sandy.

Upon graduation, he traveled with the Peter J. Tobin College of Business’ GLOBE program to help underprivileged areas in Nicaragua in funding their own local businesses, which he also photographed.

He has also visited Moldova, Ukraine, Nepal, Kilimanjaro and India in conjunction with other projects sponsored by OMNIvision, an imaging technologiess company and TFC, The Filipino Channel.

In this photo series — labeled “Yaakaar,” a Senegalese word meaning “hope” — Arpag recounts a trip to Senegal taken with his local parish while he was still a student at St. John’s. It focuses heavily on young people of the villages that he visited and how they interact with the bright colors and organic simplicity of their surroundings.

One of the most striking images on display features a child holding a 25 franc coin up to the center of the camera. They seem to show a faint smile. It is a look of pure, youthful optimism in a community ravaged by what might appear to be poverty in Western eyes.

In fact, every person and object depicted in the series exude a sense of lively energy. Even a plate of traditional food, placed on a purple and yellow-striped tablecloth, jumps out of the display case with such graphic and vivid focus.

The collection on display was only a small selection, but it was just enough to reinforce the mood that Arpag approached.

The exhibition was Vincentian by nature: an understated showing under just three glass panels, strategically placed between two grand rooms of books, completely silent and not trying to flash the crux of its humanitarian efforts to every person who breezes past.

It is also a reminder of exactly what the students at St. John’s could do even before graduation day, so long as they keep the institution’s core values close to heart. The possibilities are limitless, but above all, there can be sacrifices put towards the betterment of others.

Even the capturing of these acts, as Alexander Arpag clearly demonstrates, can mean so much to a whole village, or a whole student body. After all, feeling is a major component of doing these works for others, and that feeling can become our call to action.