Moments & Movements: The Campaign for Self-Examination and Body Love

Serena Williams ad sparks conversation for “I Touch Myself Project” 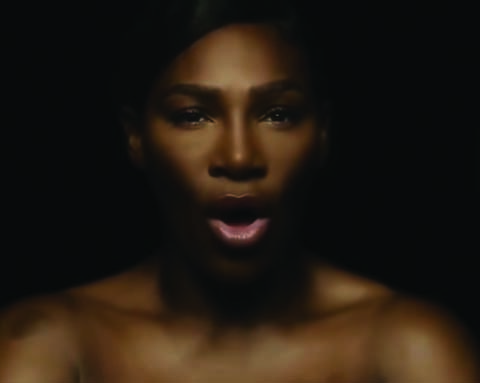 We’re going into the third week of Breast Cancer Awareness Month and there’s something that Serena Williams wants us to remember.

On Sept. 29, the tennis pro posted a video of herself posing topless while singing the Divinyls’ 1990 hit song, “I Touch Myself.” The video came days before Breast Cancer Awareness Month kicked off and it aims to encourage women to regularly examine their breasts.

“This Breast Cancer Awareness Month I’ve recorded a version of The Divinyls’s global hit, ‘I Touch Myself’ to remind women to self-check regularly,” Williams wrote on Instagram.

“Yes, this put me out of my comfort zone, but I wanted to do it because it’s an issue that affects all women of all colors, all around the world. Early detection is key — it saves so many lives. I just hope this helps to remind women of that.”

William’s music video is a part of the “I Touch Myself Project,” which was created in 2014 in honor of Divinyls’s lead singer, Chrissy Amphlett. In 2013, at 53-years-old, Amphlett died of breast cancer while also battling multiple counts of sclerosis.

When she was alive, Amphlett was passionate about spreading the importance of early detection and she wanted the hit song “I Touch Myself” to become an international anthem for breast health.

The “I Touch Myself” project has made it a mission to fulfill Amphlett’s wishes by creating educational forums that remind women to “touch themselves.”

This year, the organization has asked women to pledge to “touch themselves” by taking a picture that shows them holding their breasts (naked or clothed) then tagging their pledge to “#ITouchMyselfProject” and sharing it on their social networks.

They’ve also encouraged women to change their profile pictures to their pledge photos for the month of October in unity with the campaign.

According to the National Breast Cancer Foundation, one in eight women will be diagnosed with breast cancer, in their lifetime, making it the most common cancer among women and the second leading cause of cancer deaths among the group.

With the body positivity movement on the rise, women around the world are learning to accept and appreciate their bodies. When it comes to the early detection of breast cancer, being open to exploring your body and going to the doctor plays a huge role.

As women have begun the process of self-examining their breasts they’ve also been able to confront their bodies and develop a body positivity mindset like never before.