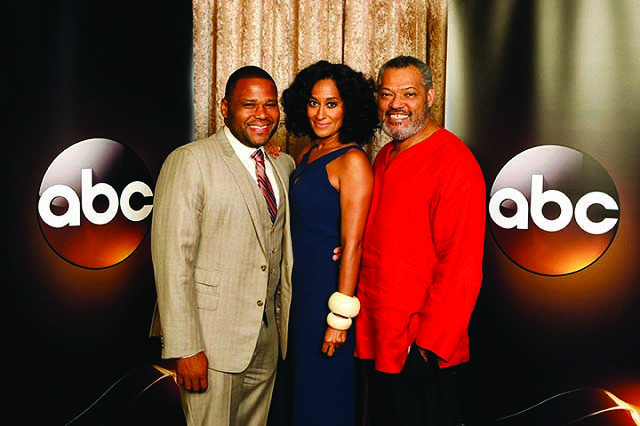 Society is currently witnessing a cultural phenomenon, a new Black Renaissance, on television screens. Since 2014, there has been a rise in television series that are created, produced, directed by and/or star a primarily black cast.

A few of the most popular and successful ones currently on television are “Black-ish,” “Atlanta,” “Insecure” and “Empire.”The emergence of these shows are revolutionary because the last time the public saw anything like it was during the last golden age of black television, spanning from the late 70s to the late 90s.

The current golden age of black television was birthed during a time of civil unrest, much like the previous age. Several black television shows emerged while the Black Lives Matter movement was becoming mainstream, and many used their time on air to bring attention to the movement.

The most well known example is from the hit series, “Black-ish.” The episode titled “Hope,” which aired in 2016, is the highest rated episode, according to IMDb, from the show’s series and the one that hit close to home for many.

The episode portrayed a black family spanning three generations gathered together, watching the news, waiting to hear the sentencing of a white police officer who shot and killed yet another unarmed black person. From the grandparents’ fed-up attitude toward seeing this repeated throughout the decades, to the parent’s disagreement on whether or not to expose the horror of the events to their youngest children, all the way to the eldest children breaking down and expressing an utter sense of hopelessness.

“Black-ish,” though sometimes in a questionable manner, addresses various current issues relating to social justice (particularly racism) more than just about any other show.

Interestingly enough, this was the series, along with “Empire,” that pioneered this resurgence of black television in 2014.

These shows and various others, such as “Dear White People,” “Queen Sugar,” “Black Lightning,” “Greenleaf” and “Luke Cage,” are undoubtedly entertaining — which is why they are being renewed and constantly expanding their audiences.

However, the entertainment aspect is not the sole reason these series have such high ratings. It is the way that they resonate with the audience members who look like characters on the screen and the way they satisfy the need for representation that black Americans have had to fight and plead for.

That is something I can personally attest to as a black woman.

I also see this golden age of TV as only the beginning, as there so many black creatives, consistently bringing forth new concepts and visions, that they are pushing to reveal to the world through a television screen.