Fall Down and Get Back Up With “Mid90s” 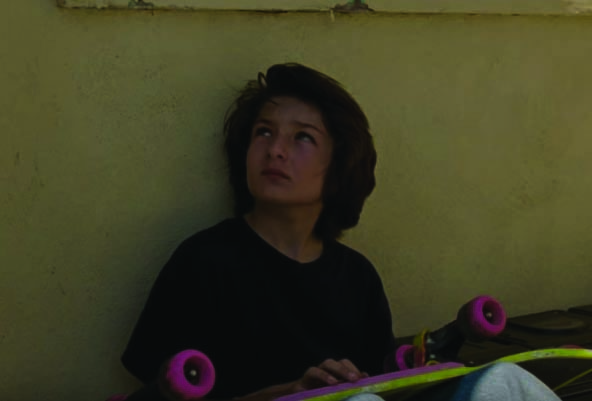 After a 15 year-long acting career, Jonah Hill has stepped behind the camera with his directorial debut, “Mid90s.”

If audiences are expecting the goofiness of Hill’s fan-favorite comedic roles in “Superbad” or “21 Jump Street,” they are in for a surprise, albeit a pleasant one. The film is a heartfelt snapshot of just how painful it can feel to grow up.

Audiences are taken back to a time of baggy pants and cassette tapes in 1990s Los Angeles as they follow 13-year-old Stevie (Sunny Suljic) as he becomes a part of a ragtag group of teenage skateboarders.

The cast includes a refreshing mix of amateur and professional skaters such as  Na-Kel Smith, Olan Prenatt, Ryder McLaughlin and Gio Galicia. This makes the film a one-of-a-kind glimpse into the skate community, a community that is often portrayed but perhaps has never truly done justice in film before.

None of the members of this skate crew have had any previous acting experience. Despite this, the young men give powerful performances and make the film as funny as it is sentimental. Smith shines through as Ray, who is considered the most talented of the skate crew and becomes something of a mentor to Stevie.

While the film is characterized by common coming-of-age themes including loneliness, trauma, first-times, friendship and family, it still manages to resonate among the rest. Audiences feel every intense emotion of growing up alongside Stevie. They wince at every fall and triumph with the completion of every skateboard trick.

Hill is able to capture one of the most vulnerable times in a human’s life authentically, creating a film that is both hilarious and heartbreaking.