“The Grinch” In Theaters Now 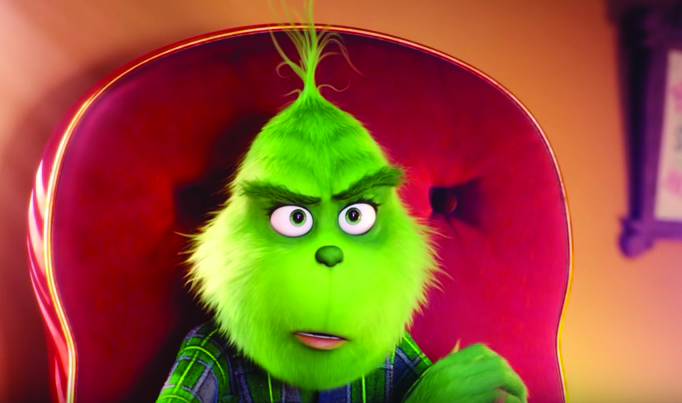 From sarcastic posters lining subway stations to advertisements sponsored by the biotechnology company 23andMe, “The Grinch” is everywhere. It is especially hard to ignore when the Internet talks about the film, or is abuzz over the limited edition, hideously green pancakes now being served at IHOP.

But was it really worth all of the excess promotion, or the giddiness of nostalgic fans for the classic Dr. Seuss animation?

From the same production company as “Despicable Me” and “The Secret Life of Pets,” “The Grinch” seems doomed for complete diversion from the start. If the gaudy 3D animation and raucous humor in films like “Minions” indicate anything, it is that Illumination Entertainment had the opportunity to flip the story completely on its head.

Nonetheless, with Benedict Cumberbatch playing the agitated title character and Pharrell Williams as the narrator, the signature rhymes and festive spirit of the original storyline remain nearly the same. The Grinch is sick of the sheer joy in the neighboring town of Whoville, attempts to steal Christmas, and is stopped when young Cindy Lou Who helps him to realize the true meaning of the holidays.

Besides spontaneous scenes featuring a hip-hop soundtrack by the likes of Tyler, the Creator and BROCKHAMPTON, “The Grinch” almost feels repetitive, even with its lively animation.

Did it try too hard to appeal to some kind of millennial fanbase? Perhaps. Did I zone out within the first half-an-hour? Yes. Did the little girl in the front row laugh at the Grinch’s modernized visual gags? Absolutely. But this film was made for her.

It is not an arthouse cinematic masterpiece; it was meant to be a children’s movie with heart.