In Previews Now: “To Kill A Mockingbird” 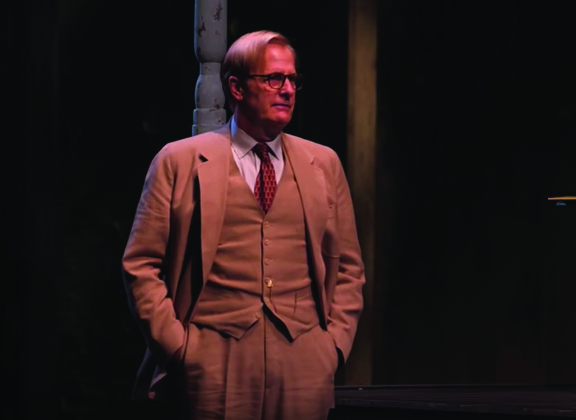 Jeff Daniels stars in a new adaptation of “To Kill A Mockingbird” at the Shubert Theatre.

“Remember it’s a sin to kill a Mockingbird.”

Harper Lee’s words have resonated with millions who have read her all-time classic novel, “To Kill A Mockingbird,” published in 1960. The novel’s characters are literary legends, and they can now be seen on the Broadway stage at Shubert Theatre on 44th Street.

Playwright Aaron Sorkin translated the Pulitzer Prize-winning masterpiece into a live-action recap of the novel. The cast includes Jeff Daniels starring as Atticus Finch, a prominent lawyer and member of the Finch family in Maycomb, Alabama; and Celia Keenan-Bolger (Scout Finch) alongside Will Pullen (Jem Finch).

Similar to the novel, the play is narrated primarily by Scout, with the aid of Jem and Dill, as a flashback to the summer that Dill came to visit and Tom Robinson’s case was summoned to court.

With a humor-infused introduction of each of the three naive children, the play delves into the adventurous yet tragic events of the summer of 1934.

A crucial component of any stage adaptation is the diverse scenery. This play focused on events that took place in the courthouse, outside the county jail and on the porch of the Finch residence. All of the set pieces were rolled on and off of the stage in the background by every cast member. Doors and windows descended from the flyaways above, and the chairs and porch were rammed into the spotlight from the wings. It was a very active set, which kept the audience on their toes about what would come next.

In Lee’s original story, the narrator, Scout Finch, is the young daughter of Maycomb County’s most reputable and well-off lawyer. She recounts the events of one vivid summer in particular when she was forced by a bigoted society to confront racism and prejudice at such a tender age. Tom Robinson, an innocent black man who was accused of raping a white woman, was brought to court to bring justice to the victim.

The circumstances of this tense trial are supplemented with the account of Scout finding the good in humanity through the actions of her neighbors, such as Boo Radley.

The recently settled lawsuits that were filed on this $7 million production surrounded the controversy of Sorkin’s artistic license for his depiction of Atticus Finch in the script. Skeptical critics arrived at the previews to judge for themselves how drastic the differences between the book and the play are.

Did Sorkin grant a rather notable role to Scout, Jem and Finch in the play? Yes. On stage, however, the narration from the children’s point of view is a more suitable manner to emphasize the loss of innocence and other notable themes. Did Atticus’s character change at all? No. The character Sorkin drafted in his script remains faithful to the original Atticus Finch.

I loved this play and believe that every detail was caught in the webs of translation and perfectly executed on stage.