More Sugary Than Your Holiday Starbucks 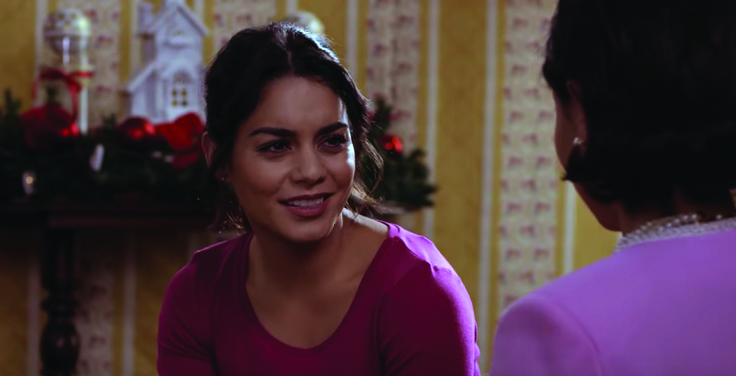 Netflix has yet again whipped up a Christmas original movie and this time, it’s a sugary concoction that plays on the doppelgänger and princess themes that Hollywood loves so much. It’s called “The Princess Switch” and features the beloved former Disney star, Vanessa Hudgens, as the double lead.

The film follows the story of a baker from Chicago, Stacey Denovo, and her trip to the fictitious and fake-snow filled “European” country of Belgravia for a holiday baking competition alongside her best friend/assistant chef and his daughter. It’s at the prep-day for the prestigious competition that Stacey bumps into her doppelgänger: British-accent sporting and supposed distant cousin, Lady Margaret Delacourt of Montenaro, who’s set to become the new Belgravian princess through her forthcoming marriage to Prince Edward. Their encounter is underwhelming in its shock factor and passes without screams of surprise or even little more than some short-lived amazement on the part of Hudgens and her blatantly obvious body double. What ensues after their interaction, however, changes the course of the women’s lives romantically and otherwise, as they quickly decide to switch roles prior to Christmas for a chance to experience how the other half lives.

Like many Christmas movies that feature the word “princess” in the title, the cringe factor of the story-line doesn’t disappoint. Yet the overly unrealistic set and random images of Brussels thrown in to validate the mystical “European” country of Belgravia can be offset and maybe even slightly forgiven by the silly humor and generally comedic nature of the plotline.

“The Princess Switch” meets more than a few Christmas movie clichés, from hot cocoa drinking and snowball fights to the inclusion of an old and mysteriously magical man, superfluous gift shopping and the improbably rapid development of love-interests. And while — spoiler ahead — both of Hudgens’ characters end up with their dream man, the sacrifices and strife that would naturally be associated with upending your life in the way in which Stacey and Margaret did, is barely mentioned.

It’s also important to note that Netflix has taken product placement and shameless plugging to new heights this season by including scenes within its own movies of characters watching other Netflix originals with their new “boos.” In “The Princess Switch,” last year’s “A Christmas Prince” was given a shout out — the final scene even brought Duchess Margaret to gentle tears.

Though “The Princess Switch” likely won’t be your new favorite film of the year or win any Oscars, it’s worth a watch if you’d like to absentmindedly indulge in some shamelessly questionable Christmas cheesiness frosted with romance, gorgeous ball gowns, your favorite Disney gal and all the aforementioned clichés. But then again, maybe your time would be better spent re-watching a tried and true classic and ditching a plot that will leave you envying Meghan Markle just a little bit more.