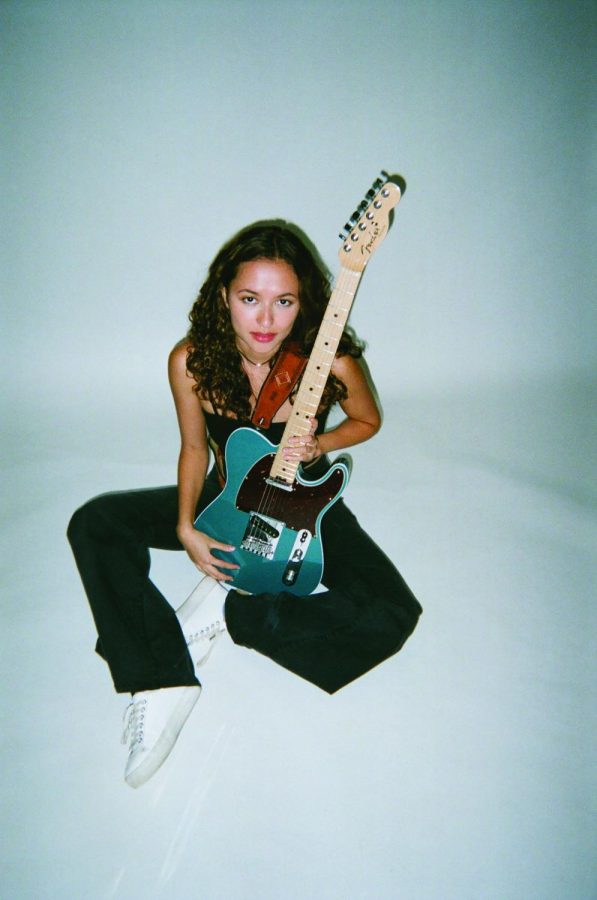 Eva Rose is a powerhouse. She recently recorded and released her third single, “Rush,” and is planning on recording and premiering her debut EP within the next few months —  before she even graduates from college.

A student at the Clive Davis Institute at New York University, Rose cites her father’s taste in alternative music and her respect for bands such as Paramore, Weezer and Wilco as influences on her sound. “I wanted [“Rush”] to be fun and upbeat, but empowering, like a Paramore song,” she said.

Indeed, her latest track (which was released earlier in November) has the attitude,  vintage-sounding energy and timbre of any great pop-punk artist. Ripped from the pages of her own story writing, it is a breakup song, but in a more positive light. The glittery mixing of her producer and manager, Aidan Schechter, leads into the crux of the snappy, three-minute long anthem. Instead of acting like other songs that moan about heartbreak, Rose turns the negative into positive and frees herself from a relationship that just does not make her feel anything anymore.

Writing from this place of relief invigorates the track even more, along with its catchy hook: “Used to take one dose, now it takes four.” What is even more inspiring than the growth experienced on “Rush” is the fact that Rose is still only a student.

She studies the art of music making in her classes, and outside of this, emphasizes her collaboration with other students in the department as well as music video directors enrolled in NYU’s film program.

Her advice to other up-and-coming artists? “In a creative environment, talk to everybody and work with everybody and make those connections. It’s so inspiring; feedback will help you,” Rose said.

Maybe that sense of communication is something that should be implemented in more real-life relationships like the fantasy written in these lyrics. But in a space where such a young creative wields such energy with her words, perhaps they are best executed in songs of pain and pleasure like this one.