This Season at the Met Opera: “La Bohème” 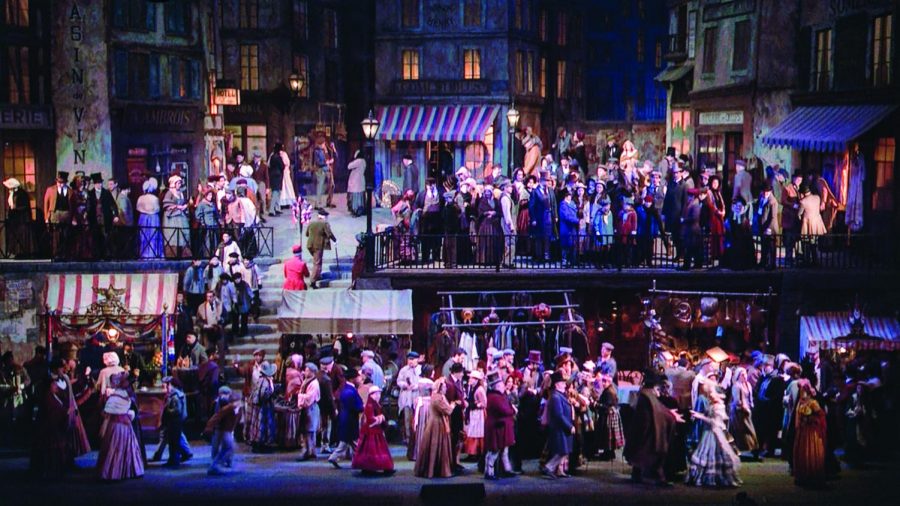 This season’s Metropolitan Opera has brought “La Bohème” to the Lincoln Center stage. Originally composed by Giacomo Puccini with librettists Giuseppe Giacosa and Luigi Illica, the opera is set in Paris, 1830, where French artists lived without support of mainstream society. Over the course of four acts, and the seasons that encompass them, “La Bohème” follows two couples through sickness, health and the small sentimental objects found throughout.

Rodolfo and Mimi. Musetta and Marcello. The plot mainly focuses on the first couple mentioned, who have a prominent role in all four acts. Rodolfo first meets the sweet-hearted Mimi when she happens upon his door asking for a light for her candle. Act I and Act II focus on their blooming, undying love; however, Act III and Act IV shift tone as Rodolfo and their friend group reckon with Mimi’s worsening sickness.

The B-plot couple weaved through the four acts in mention and song are Musetta, a chronic flirt, and Marchello, the man who wishes she wasn’t.

This plot may sound familiar to theatre-viewers. For those who aren’t aware, “La Bohème” was the inspiration behind Jonathan Larson’s “Rent.” Larson fleshed out the gaps between the opera’s acts, Americanized the names of the characters and placed the story in the timely context of AIDs, drug abuse and homosexuality in New York City during the 1980s.

The key difference between the two lies in the time frame for each act. Larson’s rock-musical, obviously longer as it was crafted for the Broadway stage, differs from the many intermissions and breaks between acts of an opera. Because of this, the opera felt less like a complete story but more so short vignettes featuring the same characters over a period of time.

The night of my attendance, Mimi was played by Ailyn Pérez, Musetta by Angel Blue, Rodolfo by Michael Fabiano and Marcello by Lucas Meachem. Each role was brilliantly portrayed through sharp and gentle operatic notes that echoed throughout the theater.

However, the set design was really what stood out. Designed by Franco Zeffirelli, Act I and Act IV’s set was a cross-cut of a Parisian apartment, set against a moody background and other rooftops, illustrating the economic situations of these artists. Act III’s set involved a snowy courtyard in front of an inn — perfect for the somber tone of the scene.

It is Act II’s set that inspired me the most and, based on the gasps heard as the curtain opened, the audience as well. A Parisian street on top, complete with street lamps and store faces, a wide staircase moving downward on the left side of the stage and a cross-cut of a cafe with numerous waiters and tables. The set was packed with dozens of ensemble members each acting in their own individual stories, complete with a passing horse and donkey. For me, the set is what made the story what it was.

I would recommend “La Bohème” to first-timers like myself, as its spectacular sets, familiar storylines and great voices make this an opera easy to enjoy and appreciate.