“I Am the Night”: Bright Lights and Shadows 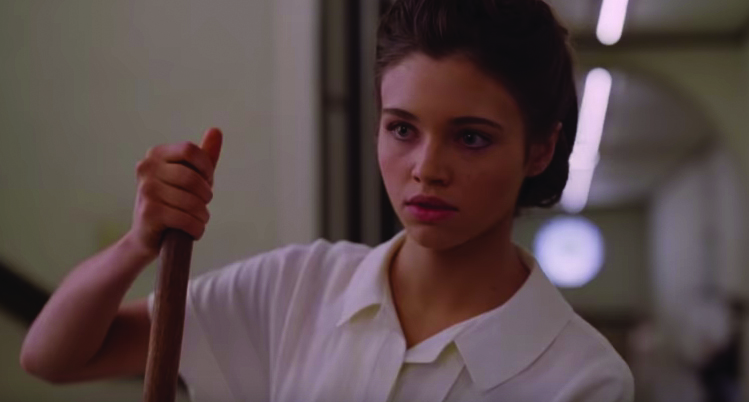 India Eisley plays Fauna Hodel in TNT’s “I Am the Night.”

The Black Dahlia. Many true crime fans may have heard of the story of Elizabeth Short, found mutilated, bisected and murdered in Los Angeles, California in 1947. If familiar, you may have also heard of physician George Hill Hodel, accused by his son, a Los Angeles homicide detective, of murdering Short and several other women. This intersection of Short and Hodel is where TNT’s “I Am the Night” finds its home. However, the focus instead lies on the young, wide-eyed Fauna Hodel (India Eisley) who travels to Los Angeles in search for her once-hidden family.

The six episode mini-series is structured on intertwining storylines and the bending of truth and fiction. While the real Fauna Hodel did exist, and told her story in “One Day She’ll Darken: The Mysterious Beginnings of Fauna Hodel,” the Patty Jenkins, Victoria Mahoney and Carl Franklin directed and Sam Sheridan written mini-series takes liberties in its portrayal. One such manifestation is Jay Singletary (Chris Pine), the down-on-his-luck journalist and Korean War veteran whose career was blacklisted when he covered George Hodel’s previous court case. When Jay’s path crosses Fauna’s, they form a begrudging partnership that centers the backend of the series.

All six of the episodes are shot beautifully in film noir style, painting a dark, seedy image of 1960s Hollywood, ripe with racial tension, abuses of power and great costumes and sets.

Highlights include strong performances by both Pine and Golden Brooks (“Girlfriends”) who portrays Fauna’s adoptive mother, Jimmy Lee. Brooks leans into Jimmy Lee’s anger, fear and defensiveness heavily — switching emotions fast enough to make both Fauna’s and the audience’s head spin. Pine in particular shines in the role, even when he is at his scruffiness (all six episodes), bringing a gripping physicality to the bone-tired character, who is beaten, bruised, pushed and tormented over the series’ short arc. While others may seem stiff, Pine is bounding into frame with a maniac energy that successfully grounds each scene.

There are certain points in which the show lags. While Eisley is wonderful in the role,  she is not given much to do other than stand wide-eyed and ask the same questions to people who refuse to give her answers. It would have been interesting to see the camera and script hold on her emotions during various life-altering revelations throughout the series. Pine and Eisley’s intersection within the story could have benefited from happening earlier, as at certain points, there were many side-plots where “I Am the Night” appeared to forget what it wanted to focus on.

Overall, the strength in the series lies in the performances — Pine’s in particular. True crime fans should definitely give the show a try, as the subject matter is what keeps the show so interesting, no matter the bumps.