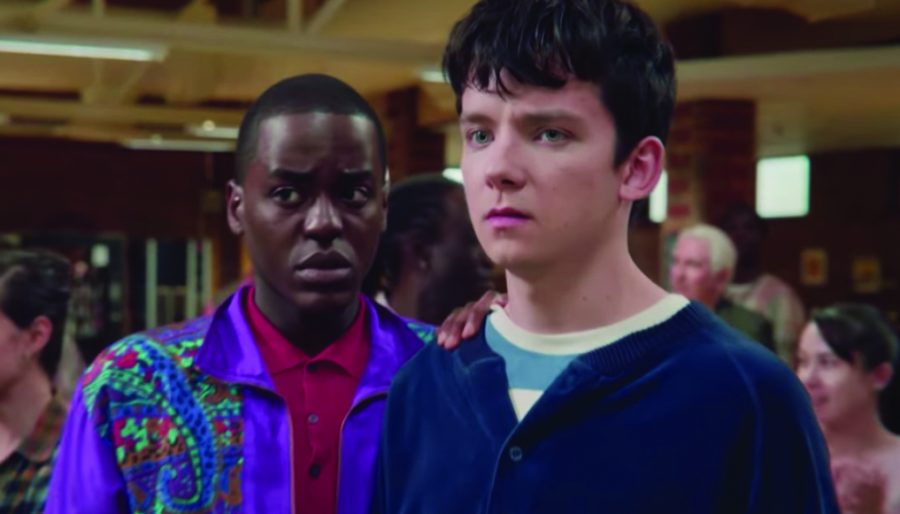 Netflix has audiences glued to their computer screens once again with their latest original hit, “Sex Education.” Starring Asa Butterfield, most known for his roles in “The Boy in the Striped Pajamas” and Martin Scorsese’s “Hugo,” the show follows Butterfield’s Otis, son of two sex therapists, as he is recruited by the edgy, notoriously mischaracterized Maeve (Emma Mackey) to start a sex therapy business at their school due to his extensive knowledge of the subject — compared to the average teenager.

While it’s a fresh idea that could easily be delivered poorly, the Laurie Nunn-created show greatly succeeds because its primary focus is on the emotional nature of sex, rather than raunch. There are some graphic sex scenes — a few quite hysterical —but the series thoughtfully intertwines the hilarity that is navigating relationships and sex as teenagers and the emotional journey to find identity, companionship and belonging as young people.

The show executes its message well through its dynamic leading cast, including Butterfield and newcomers Mackey and Ncuti Gatwa as Otis’ best mate, Eric. Although he serves as the resident sex therapist for his classmates at his British school, Otis himself struggles with sexual repression and navigating love, and Butterfield impressively portrays a young man who is still learning. Mackey utilizes her character’s strong development by illustrating the many layers behind Maeve, though schoolmates choose to see otherwise, even with her countless quips. The true breakout star of the series is Gatwa, with his ability to powerfully ground Eric’s strained relationship with his immigrant family over his sexuality and preferred style choices while also portraying the character’s joyful and loud personality to be just as sincere. Through these characters, the show does what many teen shows before could not: The details surrounding sex that deserve more unpacking over the the act itself.