A New Wave of Funk 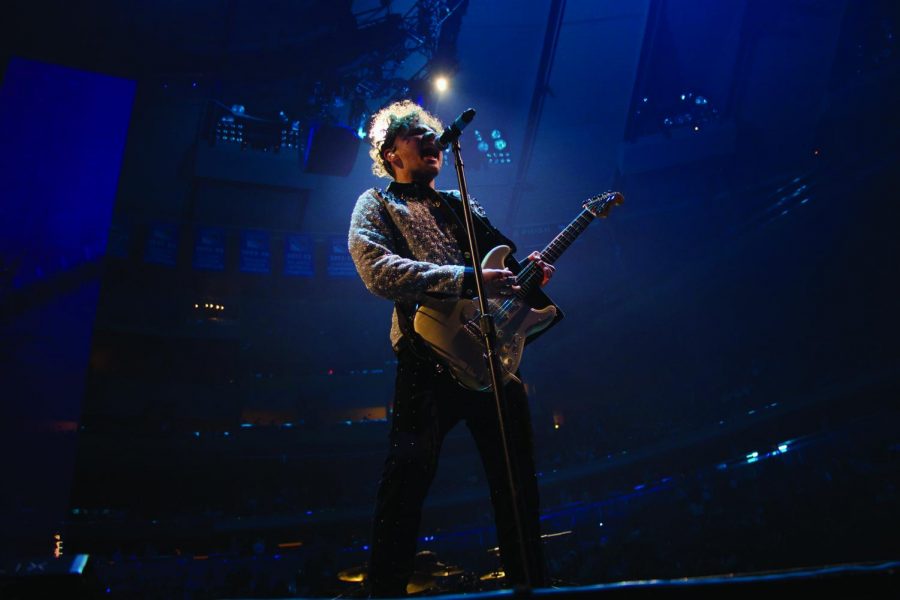 Unbeknownst to some and adored by many, Toronto native singer and musician Francesco Yates is generating a new wave of pop-funk. At 23 years old, this young performer has already worked with artists such as Pharrell Williams and has recently opened for Justin Timberlake’s “Man of the Woods” tour.
Yates has also worked with German DJ Robin Schulz on the hit song “Sugar,” which made its debut on the American Billboard charts after it became a sensation throughout Europe.
He has been writing music since the age of 11, when the 2003 musical comedy “School of Rock” (starring Jack Black), sparked his creativity; igniting a  passion and allowing for his immersion into the music world.
“The spirit of the kids in the movie made me think to myself, man, they started in one world and ended up [in a] completely different world.
They were bold and they were fearless with it and even though they didn’t win the competition they still stayed in. Sometimes it’s easy to forget the spirit of why you started in the first place,” Yates said in an interview with the Torch.
Whenever he is overwhelmed by the pressures of the music business he watches the movie that started it all.
After releasing his self-titled EP (co-produced by Pharrell and Robin Hannibal), and generating a lot of buzz with “Sugar,” he became very quiet in the music industry.
“For the longest time, I was too much of a perfectionist with my music so I wouldn’t put it out,” Yates recalls. “Now I think I want to start releasing more tunes more frequently. Gary V [Yates had watched a video of the entrepreneur known for his digital marketing and social media advice] said that good content is subjective at the end of the day and instead of having me decide I’d rather let the people decide and let my creation be what it is.”
In today’s market, there is often a pressure for artists to look for the next big hit and to be willfully aggressive in pushing their art to the top of the charts. However, Yates did not seem to indicate this sense of urgency.
“When you’re an artist you’re always looking for what’s going to be the grand thing but sometimes you never know what that could be. That’s kind of my new philosophy and to be consistent with that.”
Like many artists, Yates had his own personal experience of being molded by the music of soul legends like Otis Redding and Smokey Robinson, and his fascination with the falsetto male voice has influenced his sound tremendously.
“I look down through history of all the singers that have had falsetto like Smokey Robinson and Prince and they always have this crazy reaction when you hear their voice,” Yates said.
Yates attributes his pop and soul sound to his greatly admired influence, Prince. “I did see one of Prince’s final shows,” Yates recollects.
“Me and my bass player went to go see one in Toronto where it was just him with the piano and the microphone. We saw it front row and we saw the whole thing with him in the flesh. It was different for me when he died because that showed me it’s crazy. You could be here today and gone tomorrow and that life is precious,” he said.
Yates has been learning more about himself as a musician and a performer by opening for Justin Timberlake on his “Man of the Woods” tour.
“You have to kind of remove yourself, watch it and then go back into it. I’ve kind of learn to do that and watching the subtle tricks to recover from mistakes on stage and make it seem like nothing happened.
I’ve watched Justin and how he does that — even it freaks me out. He’s so good at it you wouldn’t know,” Yates said.
The audience can witness the pop and nuances of soul come alive during this young performer’s set.
This was especially visible when he effortlessly worked the stage at Madison Square Garden last Thursday evening with his talented and eclectic band members supporting him. Yates possesses the energy to command the audience’s gaze. What sticks out the most about his performance is the confidence that he exudes while belting effortless runs all while intertwining his falsetto.
As this young star continues his music career, he hopes to work with producers like Timbaland or even cross over into the Hip-Hop sphere to work with Metro Boomin.
“You never know what type of swing you can bring to it and when two people come together, you never know what new sound might be created,” Yates said.
He hasn’t mentioned any concrete dates for an album release, but he says that toward the end of the year some of his most recent singles such as “Somebody Like You” could find themselves on a larger body of work.
Timberlake’s “Man of the Woods” tour continues to hit the stage in multiple cities across North America into the spring, where Yates will continue to share his new wave of funk with audiences across the continent.