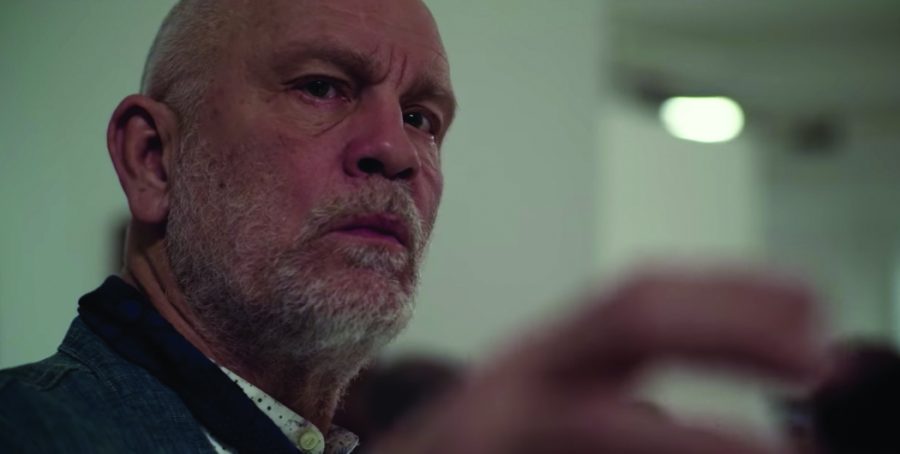 What can be best described as the Hope Diamond curse meets the art world; the Netflix Original, “Velvet Buzzsaw,” is a weird and intense story of the egotistical and money hungry people behind the scenes of the art industry. Simply put, the characters in this film meet the deadly and graphic demise of unseen supernatural beings when the work of an unknown artist is profited off of.

With an all-star cast featuring Jake Gyllenhaal, Rene Russo, Toni Collette, Natalia Dyer, Daveed Diggs, John Malkovich and more, the two-hour film may leave you skipping your next trip to the Met.

With a mix of strong personalities and the desire to get rich, the often one-dimensional characters are seen throughout the film worried more about money than morals, even when a supernatural phenomenon starts killing them off. Writer and director Dan Gilroy is no stranger to unusual and odd films, having previously written and directed “Nightcrawler,” which also features Gyllenhaal. Gilroy’s attention to detail in the plot is ravenous, as all actions of the characters, even those from the very beginning, are important.

Gyllenhaal brings back his “Brokeback Mountain” days, playing the sexually open Morf  Vanderwalt, an eccentric art critic who is equally egotistical and dissatisfied with everything around him. Brilliantly played, Gyllenhaal shows that he is an actor of many talents with this role that is very uncanny to what we’re used to seeing him play.

Another standout performance goes to Zawe Ashton, who plays Josephina, the protégé to art gallery owner Russo. Whilst also being the love interest of both Gyllenhaal and Diggs, Ashton’s character is more concerned with getting ahead in her career and will do anything to get there. Ashton has you wanting her character to succeed, all the while satisfied for her demise.

The film is a welcomed addition to Netflix, which houses many other strange and thought-provoking films.The juxtaposition of its name reigns true as the seemingly simple story unfolds to be as complicated and twisted as the cursed paintings.