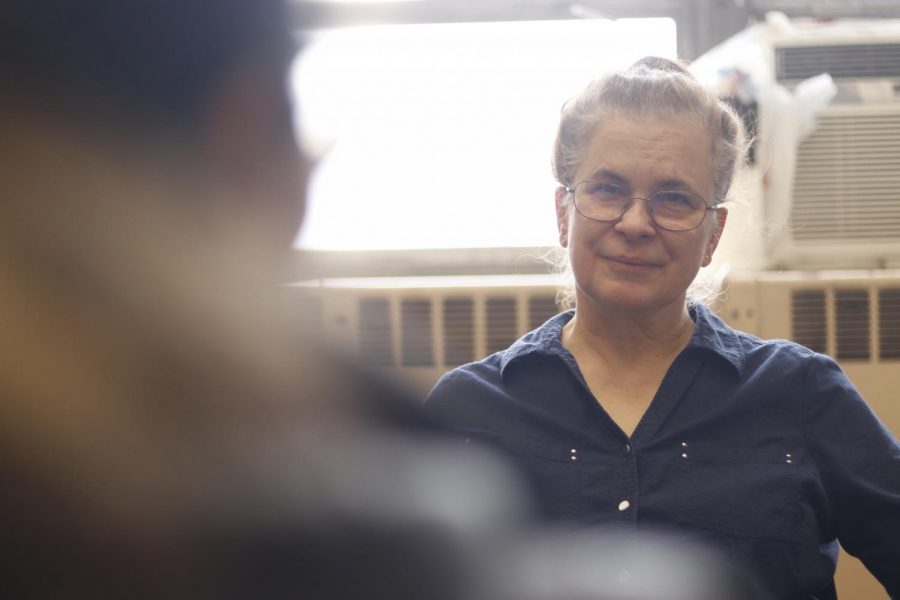 Toxicology is often referred to as the “science of poisons,” but it is perhaps better defined as the science concerned with the safety of chemicals. From forensics to the Department of Energy to Apple, toxicologists have a crucial role in almost every field because humans keep creating ways to contaminate the environment and their own lives.

Dr. Sue Ford, director of the Toxicology department at St. John’s University, has been a respectable member of the St. John’s family for the past 30 years. Although she was a nutrition major during her undergraduate and graduate years, she eventually found her way to Toxicology through a postdoctoral fellowship.

She recommends the following pieces of accessible media that are not only interesting, but also engaging and informative works that delve into the unrecognized field of Toxicology.

(Book) “Dark Remedy: The Impact of Thalidomide and its revival as a vital medicine”

By Rock Brynner and Trent Stephens

“When I was about 10 years old, my mother would send me to the store to buy cigarettes for a quarter and I would pass the ‘National Enquirer’ with pictures of the babies affected by [thalidomide],” Dr. Ford said.

“Dark Remedy: The Impact of Thalidomide and Its Revival as a Vital Medicine” details the history of the drug but puts a personal spin on the subject, as as one of the authors takes thalidomide to ease the symptoms of his skin condition.

Thalidomide is a drug that was concocted in Germany and sold all over the world without real knowledge of its uses and side effects. Pregnant women who ingested this drug found relief with morning sickness but later learned of the birth defects their children suffered as a result. Thalidomide, despite its dangerous history, is still used today under extreme regulation to treat certain cancers and skin conditions.

It is a shame that the name Alice Hamilton does not resonate in our society because she was the first woman to be hired as a faculty member at Harvard Medical School and University. She was the only applicant qualified enough (out of the other male applicants) to be able to conduct the research Harvard desired. Dr. Ford stated that “[Hamilton] wanted to travel the world, so she became a doctor,” a unique and intriguing reason to choose such a rigorous path. With such few opportunities and a great deal of discrimination against women, Hamilton, founder of industrial toxicology, was ahead of her time.

Dr. Ford also mentioned that Hamilton wrote articles for the New York Times back in 1933, one of which was titled, “The Youth Who Are Hitler’s Strength.” Doctor, historian and world traveler, Hamilton was a very accomplished and noteworthy individual in our history and this book shines light on her path.

(Video) “The Poisoner’s Handbook: Murder and the birth of forensic medicine in Jazz Age New York”

Based on a novel by Deborah Blum

This interesting book-turned-video (available on Amazon Prime) looks into Bellevue hospital, a leading trauma center in NYC in 1918. A medical examiner hired a toxicologist “to make his office more professional,” explained Dr. Ford. These two individuals “revolutionized forensic medicine,” as they taught themselves how to accurately and effectively present such data in court to solve seemingly complex cases. This New York Times bestseller is a detailed examination of the journey and effect both Charles Norris (medical examiner) and Alexander Gettler (toxicologist) had on forensics and the legal system.

(Book) “Rowing the Eternal Sea: The Story of a Minamata Fisherman”

This book describes the personal, poignant oral history of Masato, a fisherman who suffered the ill consequences of a Japanese company that contaminated the water in the early 1950s. For years, the company disposed of their mercury waste in the Minamata Sea, polluting the water and sickening the fish (the staple food for the coastal town). “They called it the cat-dancing disease,” explained Dr. Ford. The catfish were, unfortunately, absorbing the mercury from the surrounding water — similar to Mad Hatter’s disease — and were poisoned.

This book illustrates the long term effects of the company’s poor judgment and the importance of the safe elimination of chemicals, one of the principal goals of toxicology.

(Book) “The Poisoning of Michigan”

This work describes in depth the 1970s Flint, Michigan meat and milk contamination. Mistakenly, a chemical plant mixed PBB –– a fire retardant –– with the nutrition meant for cattle. Thus, for an entire year, everyone consumed contaminated food until “a farmer, who was previously a chemical engineer, recognized the problem,” Dr. Ford said. She explained the situation that shrouded Michigan at that time and described her personal encounter. She completed her graduate coursework in Michigan in 1976, arriving into “the thick of it [the ongoing investigation and PBB studies]. PBB was never meant to be consumed so there was no toxicity report.” In other words, scientists and toxicologists had no clue what levels of PBB were safe to have in the body nor  did they know of its long term effects.

The list of books is endless, but the few that Dr. Ford chose to examine are some of the wildest, yet understated events in history. These interesting reads will hopefully inspire a thorough understanding of the ever-developing field of toxicology and its prevalence in our lives.