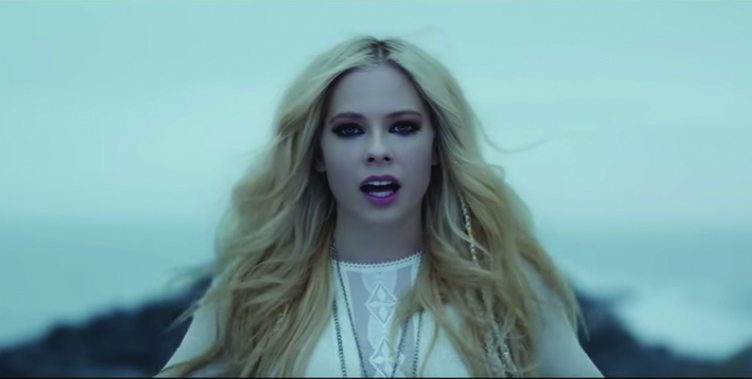 Avril Lavigne in her music video for “Head Above Water.”

You may know Avril Lavigne for her iconic 2008 bop, “Girlfriend.” This Canadian singer made headlines again with the release of her sixth studio album, “Head Above Water,” on Feb. 15, 2019, a whopping six years after her self-titled fifth album, “Avril Lavigne.”

Lavigne took a break from the spotlight for a few years due to her battle with Lyme disease. She shares this battle with us through songs such as “Head Above Water” and “Warrior.” Lavigne actually started writing the album after a near-death experience due to the disease. She has had Lyme disease since 2014.

In songs such as “Birdie” and “Tell Me It’s Over,” Lavigne discusses her battles with being in a toxic relationship and wanting to be freed from it. Her album also focuses on themes such as finding who you really are and not being afraid to love again. In “Dumb Blonde,” which interestingly includes a feature from rapper Nicki Minaj, Lavigne proves her worth and that she is not a part of the stereotype that surrounds blondes. In the songs “Love Me Insane” and “Goddess,” she shows that, despite the toxic relationships mentioned in earlier songs, she is ready for love and will gladly take it.

Overall, Lavigne’s new album is great. Even though her style has changed, her songs still somewhat reflect the punk/pop style she was known for in the early 2000s. Her songs, imbued with raw, amazing vocals, have meaningful lyrics, which we don’t see a lot in popular songs nowadays. While almost every song is reminiscent of her past songs, it’s exciting to see the direction she is taking with her music and what she will do in the future.