50in50: Letters to Our Daughters 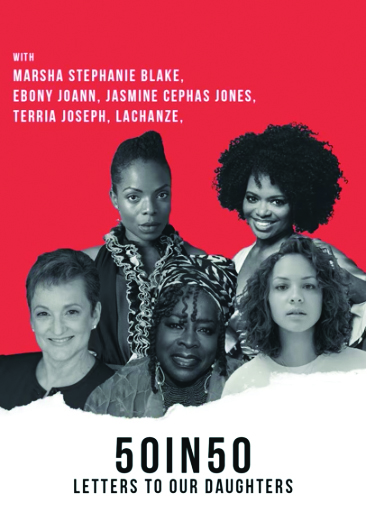 Thus far, Women’s History Month has been full of an incredible amount of events to keep people enlightened and informed.

On March 9, “50in50: Letters to Our Daughters” presented its third annual showcase at LIU Brooklyn’s Kumble Theatre, by the Billie Holiday Theatre and in collaboration with Frank Silvera Writers’ Workshop in what was an inspiring event, that had the crowd on their feet and tears running down their faces.

“50in50 emerged out of the shared values of The Billie Holiday Theatre and Frank Silvera Writers’ Workshop to reflect stories by black women, as part of the American theater,” Dr. Indira Etwaroo, executive director of The Billie Holiday Theatre who conceived and directed the show, said. “We also wanted to ensure that women from all walks of life could have a platform to tell their stories.”

Their words were expressed with so much love from a mother that every woman must hear. The monologues touched upon several topics, ranging from the teaching of self love, telling their daughters how “imperfect” looks good on them, learning to understand when they’re ready to be with someone — that girls break hearts too — to childless mothers expressing that abortion is an act of taking away a life that wasn’t theirs to take.

Besides the emotional experience throughout the performance, there were also many laughs emitted by the audience in response to the amount of sass and overall display of motherly wits. One hilarious piece was the story of a woman who felt that she lost her virginity during her first pap smear. “I lost my virginity to Kaiser Permanente!” she yelled dramatically to the crowds.

It’s amazing to know how many mothers have shared the same experiences. With their daughters experiencing issues with identity, self esteem, relationships and self respect, it’s easy to forget that mothers — despite their age and wisdom — have and may still go through them as well.

You know the saying, “Mother knows best.” Well, these wonderful women shared their words with such an immense sentiment of love, it was majestic in all ways possible.