“Broad City:” Goodbye to One of TV’s Best Friendships 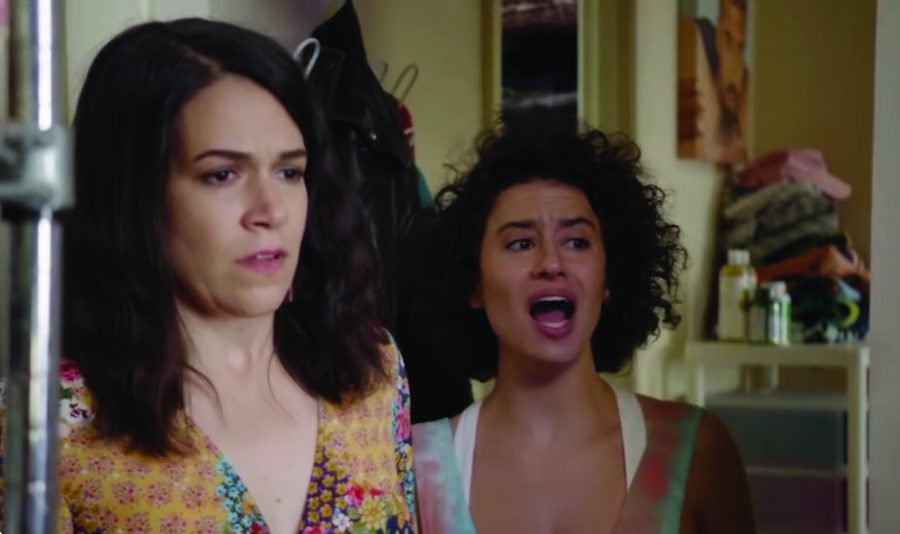 “I also have some business with the bank. I’d like to cash these nickels and I’ll have them in quarters, please. Thank you so much,” smiled Ilana Wexler, maniacally played by Ilana Glazer, in season one, episode nine of Comedy Central’s “Broad City.”

Ilana Wexler and Abbi Abrams (played by Abbi Jacobson) first bounded onto audience’s screens in the 2009-2011 web series of the same name, produced independently by Jacobson and Glazer. The show was eventually picked up for its first season on Comedy Central in 2014 and ran for five seasons until its final episode aired this March 28. Throughout its many-yeared run, the series focused its loving attention on the forever young and rambling duo, Abbi and Ilana, as they attempt to find their place in New York City as twenty-something year old women.

After Jacobson and Glazer decided on their own terms to end the series, you would be hard-pressed to look back and not remember certain scenes from the series. For a native Long Islander like myself, the New York experiences –– and the unabashed look at city experiences –– including the utter disgust at the idea of going into Penn Station and Ilana’s very Long Island-esque mother (Susie Essman) who teaches her how to shop for fake bags and bras were highlights. Even when they move out of New York, they shine as humid, frizz-endued and pastel-clad potential condo owners in a senior living community. Musical numbers are brilliantly incorporated throughout –– including Abbi’s blackout drunk persona Val, a lounge singer and a bank musical number found in the episode mentioned at the beginning of this piece.

As someone who has only watched the four seasons that aired on Comedy Central, there is an undeniable magnetic grassroots quality and confidence to the series that had to have originated with the web series.

Despite a roster of guest stars that include Hillary Clinton, RuPaul, Tracee Ellis Ross, Amy Sedaris, Seth Rogen, Kelly Ripa, Shania Twain and many many more, “Broad City” appears as if it’s shot and edited personally and authentically –– aside from some psychedelic drug-induced animation sprinkled in of course.

This authentic allure is the co-dependent-to-a-fault friendship of Abbi and Ilana. Both Jewish millennial women –– one native to Philadelphia and one native to Long Island –– they are unapologetic, loud, caring, uplifting and brass. Weird and wonderful, they are intimate and platonic soulmates, always there before, during and after any romantic flings that may occur on the side. “Broad City,” reflective of the relationship between creators Jacobson and Glazer, is at its heart a love letter to finding your person –– and repeatedly complimenting them on their butt.

The final episode saw the end of a season that reckoned with the endless cycle of “juvenile” shenanigans and the beginning of Abbi’s thirties. With Abbi deciding to leave the city to attend an artist’s residency in Boulder, Colorado and Ilana committed to attend graduate school to become a therapist in NYC, they begin to understand that in order to grow, they must separate. As they spend their last day together lugging a very expensive luxury toilet  Ilana had found on the side of the street, across the Brooklyn Bridge, they are confronted with an existence without the other and in a rare moment of somberness, the show shines.

“…This is still going to be the most beautiful, deep, real, cool and hot, meaningful, important relationship of my life. Really. I’ve never felt so cool –– not as cool as when I’m with you,” cried Ilana.

As the series closed in its final moments, the camera tracks away from a separate, yet still together Abbi and Ilana, and follows the conversations of many different duos of every race, gender and creed on the street. With this, “Broad City” crafts a beautifully continuous love letter to all friendships.

Even the ones where we babble about our co-dependencies and fears while twerking to Lil Wayne and tripping on molly in an alley after you got kicked out because you bought your tickets on CraigsList. But that’s the hyperbolic power of “Broad City.”