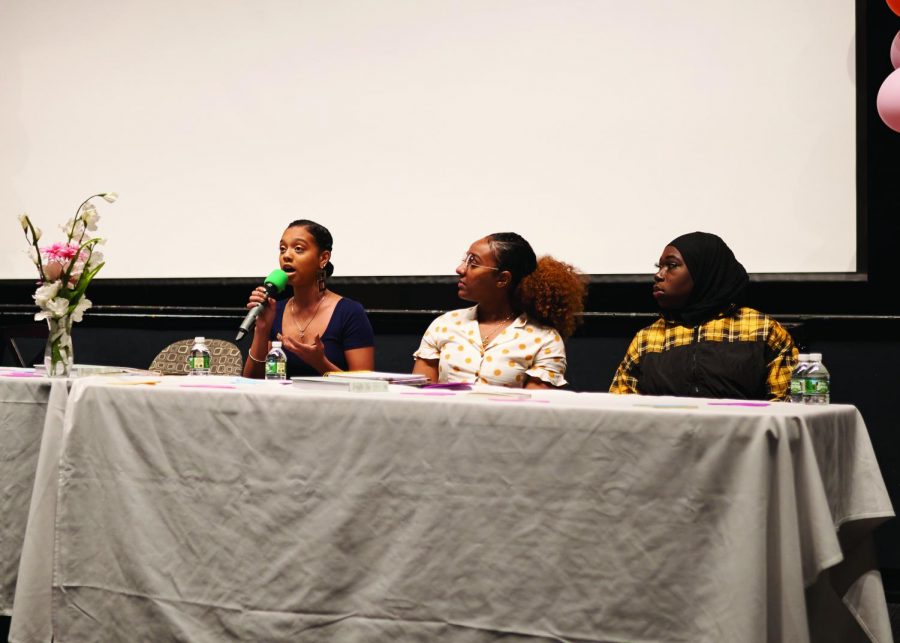 This past March was Women’s History Month, highlighting the contributions women have made in our society, past and present. On Tuesday, March 26, UNICEF, in collaboration with Campus Activities, organized a film festival to celebrate powerful women.

The female leaders in these movies truly embodied the spirit of Women’s History Month and proved to be an excellent selection.

When I stopped by the Little Theatre, I was greeted at the door by Alex Kaiser, a Graduate Assistant with Campus Activities. She briefed me on the day’s events and offered me popcorn, cupcakes and refreshments. There were Baked By Melissa cupcakes out on the table all day as it is a “certified women’s owned business,” and this event was meant to support and promote successful women, according to Kaiser.

There were also posters of Malala Yousafzai, Oprah Winfrey, Emma

Watson and Ellen Degeneres lined along the wall. These women use their platform to fight for what they believe in and to educate people on

When asked by the Torch on who the most influential woman in her life is, Kaiser replied, “Ellen [Degeneres] because there is something about the positivity that she spreads in the world.”

On the other hand, Joey Hustins, a student coordinator for Campus Activities, commented “Definitely my mother, she’s taught me everything I know. Also definitely the three amazing women that I work for in Campus Activities — Ebony, Lizzy and Ashli inspire me everyday and I’m so lucky to work with them.”

UNICEF also hosted a Q&A panel aimed toward women empowerment moderated by Jade Truehart, UNICEF vice president, and Helga Golemi, UNICEF secretary. In a statement to the Torch, UNICEF said, “We still live in a world where women are not the majority in power and in order to change that narrative, we need to change the social norms that are holding us back by uplifting each other.

We wanted the [SJU] community to feel empowered and to gain knowledge in how to become women in entrepreneurship and on how to lift up other women.”

This was followed by part two of the “No! Rape Documentary.” The goal was to encourage a discussion around sexual violence and educate students.

“I was very happy with the reactions our staff was getting from the students,” Hustins said. “Hopefully that will allow us to put on similar events in the future and we will be able to promote even more for a larger audience altogether.”