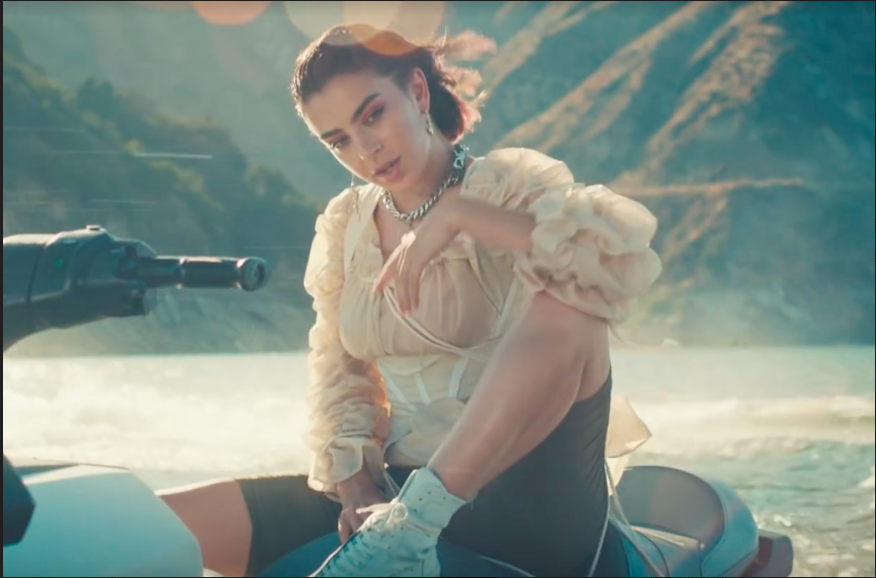 Droning synth beats, artificial intelligence style vocals, glitchy pop anthems — this could very well be the future of pop music. If it is, Charli XCX has pioneered it with her newest studio release, “Charli.”

In line with its two successors, mixtapes “Number 1 Angel” and “Pop II,” “Charli” is packed front to back with unique sounds and star-studded features: from Tumblr-age favorite Sky Ferreira on the emotional track, “Cross You Out,” to an electrifying collaboration with french artist Christine and the Queens on “Gone,” these could very well be the best pop duets of the year.

This is Charli’s first studio album release since her sophomore album, “Sucker.” In the time since, Charli has found her voice and her own distinct style in the form of avant-pop mixtapes. With the help of her creative director and experimental pop producer, A.G. Cook, Charli has crafted an original album that has yet again set her apart from her counterparts.

“Charli” is not, however, the third album that Charli, born Charlotte Aitchison, originally planned to release. In August 2017, her intended album was never given an official name. It was dubbed “XCX World” by fans and was leaked online. The album was scrapped and Charli began on what would later be “Charli.”

The 15-track album opens up with “Next Level Charli,” a quick track with simple, fun lyrics: “turn the volume up in your Prius, windows down and just vibe … Bump, bump in the rave, go forever and ever.”

This track is an homage to Charli’s raver background and is an infectiously catchy opener that sets the tone for Charli’s playful and inventive release.

No matter how experimental this album sounds, do not be mistaken: this is a pop album – and a solid one at that. Charli manages to balance her futuristic noise-pop tunes with classic pop hits, as seen when comparing a song like “2099,” that literally looks 80 years into the future with synthetic whines humming in the background, with a song like “Blame It On Your Love” featuring Lizzo –– with vocals reminiscent of Charli’s previous radio hits such as “I Love It”  and “Boom Clap” –– that is a certified party hit.

The world may never know what would have been of Charli’s original third album, but “Charli” leaves no room for any desire to find out. No matter what you may have thought about Charli’s work in the past, this album is not only a diligently crafted piece of music, but also an experience that transports listeners to the best rave they’ll ever attend, only it’s in the year 2099.