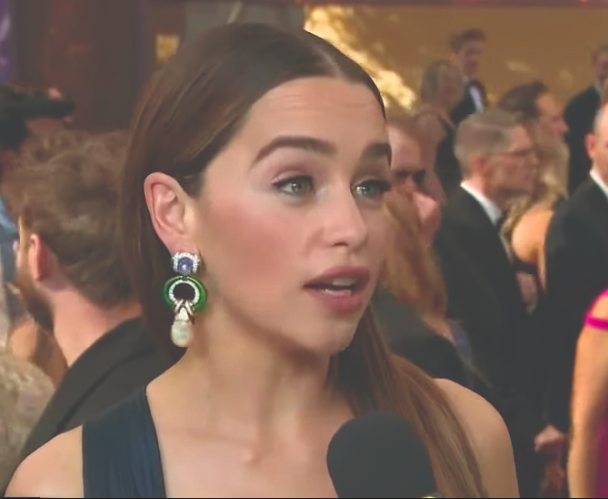 Last Sunday’s 71st Primetime Emmy Awards showcased unbelievable and historic nominations and wins for TV. It hit about 6.1 million viewers, a notable 30% plummet from past showings. The show had an all time low rating for ages 18-24 with the rating being at a 1.1. The last time the Emmys were hosted by Fox, it also marked an all time low rating in contrast to previous years. The Emmys are placed below all other major award shows in terms of ratings and this can be seen with the show’s unfortunate synchronous showings with Sunday Night Football. This award show’s low rating can also attest to the decline of TV watching nationally. Most shows displayed are readily available on popular streaming services such as Netflix or Hulu, so award show ratings are expected to decline.

Nonetheless, the network displayed an eventful host-less Emmy’s ranging from Thomas Lennon’s questionable commentary throughout the show to the historic and powerful wins from TV’s best production range.

While there were many endearing moments such as “Fleabag’” seven wins, “Chernobyl” taking on the limited series category, “Game of Thrones” final victories, and the In Memoriam segment for talented people within Hollywood who have passed, any award show can be victim to falling flat at new segments that counter conventional hosting ideals. So the pressure was directly handed to presenters, ultimately leading an awkward Emmy’s structure for viewers to observe. An animated Homer Simpson started off the show by getting crushed by a piano, which cued in Anthony Anderson’s hysterical search for an Emmy’s presenter. This soon segways into Bryan Cranston’s remarkable introduction about the history of TV.

The night included many celebrity-studded presenters, some who announced winners in traditional fashion while others took a vastly different route. Presenters Nick Cannon and Ken Jeong encouraged audiences to participate in a strange Tik Tok cringe session and late night show hosts Stephen Colbert and Jimmy Kimmel jokingly bashed the show for not having a host. Nonetheless, the night showcased brilliant well-deserved wins such as Billy Porter in FX’s “Pose,” Phoebe Waller Bridge for her role in “Fleabag,” Bill Hader in “Barry,” Jharrel Jerome for “When They See Us,” and many more.

Many winners of the night used their platform to promote activism in important national issues. RuPaul called for voter engagement in the upcoming elections, Patricia Arquette raised an important call for transexual rights, relating back to her transexual sister who died in 2016. Winners Alex Borstein and Michelle Williams from “Fosse/Vardon” used their acceptance speeches to call for equal pay.

While the show was underwhelming and harbored many questionable network attempts at appealing to tv audiences, the notable wins and successes in the name of amazing talent within women, people of color and the lesbian, gay, bisexual, transgender and queer (LGBTQ+) community is outstanding enough to be taken as redeemable qualities for the show.