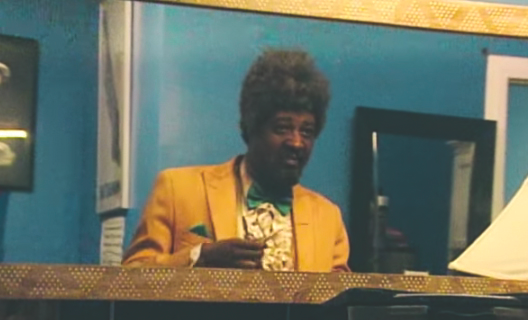 Detroit rapper Danny Brown is coming off of one of the most chaotic hip-hop albums of the decade, full of chaotic energy with its roaring instrumentals, self-loathing lyrics and Danny’s electric personality. Well, he is back, but from the past, it seems.

The start of this album is dark and spacey, to the point where “Aquemini” by OutKast’s influence is just as prominent as Danny’s reassurance to be himself no matter what the cost would be. “Can’t even think, got my mind wrapped up But I still bite down, clench my teeth, knuckle up I’ma keep goin’, you cannot blame us, Never look back, I would never change up.” Here on “Change Up,” there is a sigh of relief that we are getting the Danny we know and love.

Danny continues with “Dirty Laundry” and “Belly of the Beast” as he tells us his stories of his sexual encounters in great detail. This, and his constant use of alcohol for therapeutic reasons are common themes throughout the album. You can’t help but feel bad for him (you can’t help but laugh either).

Although the topics throughout the album come off as stale at times, you also have sides that you do not see often, like “Best Life,” where he delivers a message that he is trying to live optimistically. The title track is a continuation of this but it’s an annoying one. Although a positive message, the constant phrase “You know what I’m saying?” is said every other line, and gets old really quickly.

The production on this album is all over the place –– in a good way. JPEGMAFIA adds an experimental side on his production features in “3 Tearz,” to Q-tip’s old school era on “Dirty Laundry,” “Best Life,” and “Combat,” as well as Flying Lotus’s attention to jazz on “Negro Spiritual.” This mixing bag approach peaked on the anxious “Negro Spiritual,” also featuring Thundercat’s bass influence that you can smell from miles away, and Danny Brown’s words flying all over the place. Brown managed to connect car, Pat Benitar and Centaur — and it worked!

Overall, this album was more low-key than his prior album, but Danny’s flow and production with throwback influence was a good change. We see a different Danny this time around, but there was no compromise in his character.