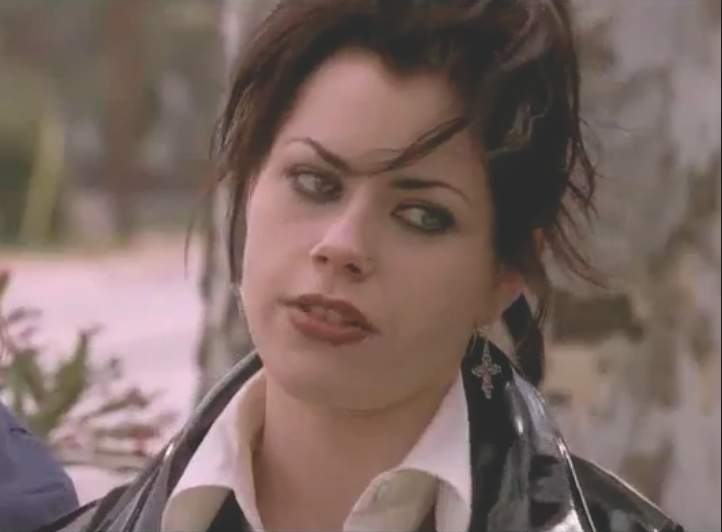 Fairuza Balk plays the infamous Nancy Downs in the 1996 film, “The Craft.”

Autumn is in full swing – orange foliage now complements the landscape and thick knit sweaters are soon to make an appearance all around campus as everyone prepares to wrap up another year. This time –– right before the chaos of the holiday season –– is for cozy conversation and warm nights in, and as leaves fall to the ground one can’t help but feel nostalgic. Here are five autumnal selections, from movies to albums, for your listening and viewing pleasure as you sink into the season.

Listen on Spotify or Bandcamp for free

The most recently released of all the items on this list, Pinegrove’s second studio album is laced with themes of friendship, love and self-reflection. This album’s unique sound, a warm mix of indie-rock and folk, and poetic songwriting evokes feelings of sentimentality. Tracks like “Paterson & Leo,” with a lingering drum beat and the yearning tone of lead singer Evan Stephens Hall’s vocals, make this one of the first albums that comes to mind I think about cozying up in bed while the wind howls outside. Listen closely for some great one-liners, like, “I love you like it’s the old days,” that will stick in your head for days.

One of Wes Anderson’s many zany masterpieces, “The Royal Tenenbaums” centers around a dysfunctional and absurd family that reunites one winter. Although the film doesn’t take place in the heart of autumn, it has a warm color palette of oranges and olive greens, an aesthetic often that brings to mind this time of year. With a soundtrack that includes Nick Drake, The Velvet Underground and Elliott Smith, this offbeat comedy manages to be wistful and playful at the same time, making it a film you can’t help but dig up every fall.

Can be rented online for $3.99 (Amazon, Vudu, etc.) or catch a screening on select days this month at the Alamo Drafthouse in Brooklyn

If you’re looking for something a little more sinister to compliment the Halloween spirit, “The Craft” is an essential watch. Released in 1996, it follows four outcasted teenage girls at private school who begin experimenting with witchcraft. The character of Nancy Downs (top) feels like fall embodied in a person, with her dark style and her moody demeanor. Everything about this film summons up a nostalgia for all things 90’s, and no October movie-marathon is ever complete without this witchy cult classic.

No autumn playlist is complete without the smooth vocals of the late Elliot Smith. If there was ever an album that was perfectly made to compliment the nostalgia that comes with fall, this is it. This classic album is filled with intricate songwriting and passionate vocals. Tracks like “Between the Bars,” feel as though they were made to be played when the air gets crisp and leaves crunch under our feet, so put your headphones in and go for a walk with this album.

Watch with Showtime subscription or $2.99 on iTunes

There is arguably nothing more gorgeous than New York City in the fall and there’s nothing like a good romantic comedy on a night in. Enjoy the picturesque scenery through your screen, as well as 90’s dream girl Meg Ryan’s iconic autumn outfits, while you watch as it takes Harry and Sally 12 years to fall in love. Go ahead and visit Central Park for your own stroll through the autumn trees after you watch this classic romance.