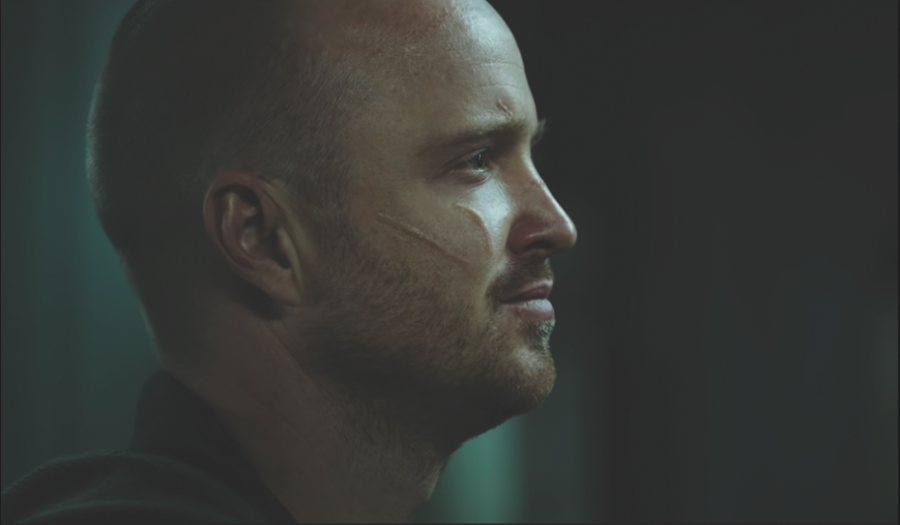 There have been rumors mulling for years about a “Breaking Bad” film after the landmark show ended in September of 2013. Last fall, Netflix officially confirmed that it would release said project after months of cryptic posts by star Aaron Paul (who plays Jesse in the series). This August, a trailer was officially released, sending the show’s widespread fan base into a frenzy with subsequent ads during primetime events such as the Emmys and even an announcement of a theatrical release.

“El Camino: A Breaking Bad Movie” is here, picking up right from the events of the series finale. Providing an epilogue to a universally beloved ending was a risk to say the least, but this is the epilogue fans didn’t know they needed. “El Camino” is stunning, emotional, vexing and above all, profound.

After the tragedy Jesse Pinkman endured throughout “Breaking Bad”’s five seasons, it feels right to see his journey continue. This journey transcends the show’s original dramatic heights, partially due to a masterful performance by Paul as the once foolish former drug dealer now daring to find freedom and to make his own peace in a world that won’t allow him. In a stark contrast to the series where Cranston delivered an all-time great performance as Walter White –– the first billed character whose dynamic with Pinkman was imperative to the show’s premise and development –– Jesse takes the limelight in this film. Just as viewers witnessed Walter’s iconic transformation from a feeble, overqualified high school chemistry teacher to a ruthless, full blown meth kingpin, “El Camino” provides fans with a fleshed out, final form of Jesse.

A somber realization hits once again, six years later: “Breaking Bad” is officially over. While the prequel show, “Better Call Saul,” will air for a fifth season, the story has certainly reached its endpoint. An aptly comparable drama has not aired since the show’s end. “Breaking Bad” filled the void in the wake of “The Sopranos” domineering run. Walter White proved to be a worthy heir to Tony Soprano –– the anti-hero who you just can’t help but root for.

The show had an iconic performance by Bryan Cranston and similarly by Aaron Paul, as well as universal acclaim for the various supporting actors, all of whom were showered with awards.

While there was a general consensus that Tony Soprano became downright despicable towards the end of “The Sopranos,” Walter White remained oddly likeable. “Breaking Bad” questioned our morality, often with a perplexing array of never ending reasons as to why we rooted for the actions of an outright criminal.

Perhaps because his foray into “cooking” methamphetamine was to secure his family financially after he was diagnosed with lung cancer. Or it could be because his peers conventionally surpassed him, making millions in a corporation off of the work that he abruptly left, after selling his shares for a few hundred dollars before it flourished into unimaginable fame and fortune.

Maybe, most of all, because we see ourselves in Walter –– wanting something more from life than what we see as obtainable. Taking the most daring of risks when all you’re guaranteed is death and living with a sense of high octane thrill rarely found otherwise.

It’s the aspect of changing into something wild, that you or anyone you knew thought possible, to defy convention, to break bad.